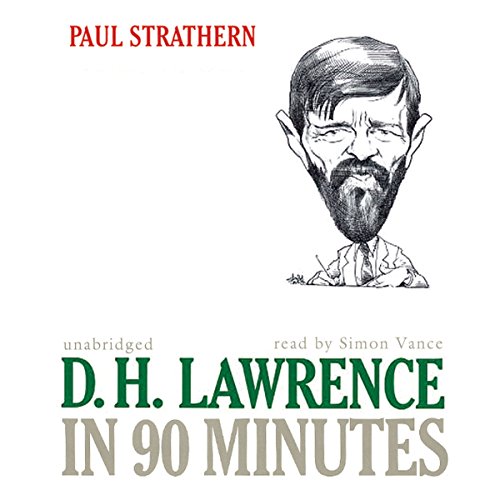 By the end of his life, D. H. Lawrence had despaired of Western civilization, which he felt had corrupted and weakened the human spirit. He believed that we had somehow lost touch with our instinctual being and no longer responded to the "true voice" of our blood. His works were an attempt to revive a life we have lost, and in them it is possible to glimpse something vivid, something now damaged, that we nonetheless recognize in ourselves. This is his undeniable legacy.

D. H. Lawrence in 90 Minutes offers a concise, expert account of Lawrence's life and ideas and explains their influence on literature and on man's struggle to understand his place in the world. The book also includes a list of Lawrence's chief works, a chronology of his life and times, and recommended reading for those who wish to delve deeper.

"[Strathern] offers insights on great authors so you can understand and enjoy them. Brainy!" ( Birmingham News)
"It furnishes a quick way for general readers to familiarize themselves with writers they wish to read or re-read." ( Tennesean)