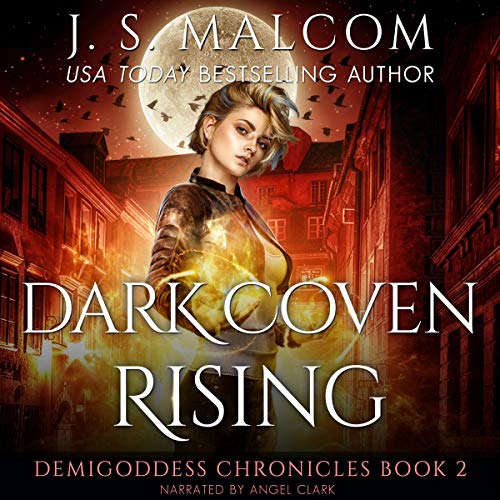 Getting hold of the first talisman nearly killed me, so I'm not exactly pumped about starting round two. But if I understand the Empyrean Witch rules correctly, I either claim all three talismans or die trying. Still, it’s not like I have a choice as the power of the Dark Coven keeps growing. Word on the street is that more and more witches keep flocking to join them. Which means it’s only a matter of time before they wipe out those of us who remain. And the only way to fight them? Claim the talismans to unlock my demigoddess powers. Sure, no problem. Ah, the good old days, when I was stressed to the max about mid-terms and papers.

Soon, it looks like my Shadow Order team might just be onto something. When a fae monk points us toward an island where everyone mysteriously vanished, I suspect her instincts are probably on the money. Sure, I got a psychic ping when she told us, but I'm also getting a feel for this game. By which I mean that my demigoddess ancestors chose the most deadly locations possible to hide the talismans for posterity. In other words, me. Hey, thanks guys. We should really do this again sometime. That is, if I happen to survive.

I read the book first and listened to the audiobook later. Not sure which way was better but neither disappointed me. Awesome author and narrator. Even if y oh I have read the book, listen to the audiobook. I bet you will be every bit as entertained! I was. Truly enjoyable adventure!

I read this book prior to listening to it, but nothing puts you in the middle of the story like listening to it. I love the humor as well as the action. I loved the story and can’t wait for the conclusion. This book is well written and the narrator does a fabulous job in the narration of all the characters.

I loved how first reading and then hearing the book brings about more humor the second go round and opens insight to particulars I overlooked initially. The author has a fantastic storyline of creating a sisterhood between Autumn, Cassie and Julia that withstands realms and ego. A must hear for those that escape to a new dimension and seek the thrill of adventure and daring!