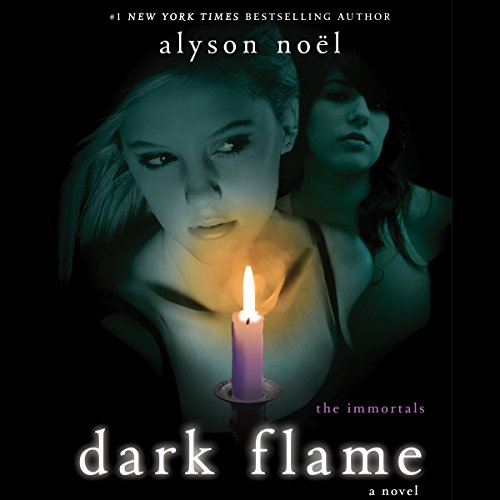 In Alyson Noel’s most darkly seductive Immortals novel yet, Ever fights for control of her body, her soul—and the timeless true love she’s been chasing for centuries.

Ever is trying to help Haven transition into life as an immortal. But with Haven drunk on her new powers and acting recklessly, she poses the ultimate threat—exposing their secret world to the outside. As Ever struggles to keep the Immortals hidden, it only propels Haven closer to the enemy—Roman and his evil companions.

At the same time, Ever delves deeper into dark magick to free Damen from Roman’s power. But when her spell backfires, it binds her to the one guy who’s hell-bent on her destruction. Now there’s a strange, foreign pulse coursing through her, and no matter what she does, she can’t stop thinking about Roman—and longing for his touch.

As she struggles to resist the fiery attraction threatening to consume her, Roman is more than willing to take advantage of her weakened state…and Ever edges closer and closer to surrender.Frantic to break the spell before its too late, Ever turns to Jude for help, risking everything she knows and loves to save herself—and her future with Damen.

Can't believe I bought it!

What disappointed you about Dark Flame?

How the author managed to drag out this story line for a sixth book is unimaginable.

What could Alyson Noel have done to make this a more enjoyable book for you?

She could have finished the series by book 3 or 4.

Who would you have cast as narrator instead of Katie Schorr?

I thought the narrator was wonderful. Her voice sounded just like I envisioned.

I was happy that Ever finally made a good decision but I can't wait til there's a happy ending with this series!

What disappointed you about Dark Flame?

I will not go any farther with this series, I am so sick of this whiny little girl I could pull my hair out. The first book was cute, after that she becomes just a whiny little girl who screws everything up after constantly being told not to.

Anything but this crap.

She comes across as a young girl, she performs very well.

Disappointment, after the last book, I was about over these characters, now with this book I am definitely done.

save your money, just go to the mall and find a couple young whining girls, and you will have this book for free.

needs one or two more people to read the lines and the person needs to be a little less monotone.

I really like this story, lacks a little depth and character development. I appreciated some of the closure provided as the story paced, but there was a struggle to get to the end of this one.

This Series is Still Burning Strong.

The Immortals series is complicated and layered. It has everything a Young Adult series should have without getting overly angsty. And I adore the narrator - she has a great voice for characters of this age.

Would you listen to Dark Flame again? Why?

Yes because it's apart of a series I like to re-read.

What other book might you compare Dark Flame to and why?

No book compares to it in my opinion.

Have you listened to any of Katie Schorr’s other performances before? How does this one compare?

The only series I've read that Katie has read is The Immortals by Alyson Noel.

for love, for control, for destiny, for revenge, forever