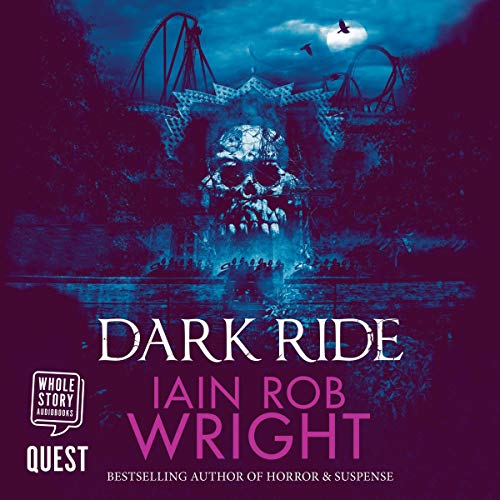 'Bright Lights' AJ Starr is a pro wrestler on the rise, and his life is about to change forever. Knowing this, he plans one last party with all of his best friends. The venue? Saxon Hills theme park, abandoned 10 years ago after its flagship ride burned down and killed nine innocent people.

Some people say the place is haunted, but AJ knows from his time inside the squared circle that fantasy and reality are totally separate things. Or so he thought.

AJ has no idea how nightmarish things are about to get, and eventually he'll be left wondering whether he brought his friends to Saxon Hills theme park to have fun. Or to die.

What listeners say about Dark Ride

Pros:
Strong start
An author I like so I know he can do better

Cons:
Poor pacing
Flat characters with development that is glossed over
Obvious twists and a dubious plot
VERY weak ending
Not really horror or very thrilling. Felt very lackluster and hallow, which is disappointing after coming from his zombie trilogy.
Uses a very simplistic understanding of Norse mythology into a “non-Christian gods bad!” type of evil. A certain line really settled wrong with me. “He prayed to God, not Woedin and his evil, but the God he knew his whole life”. To actual pagans and people who study mythology, this book could come across as poor taste.