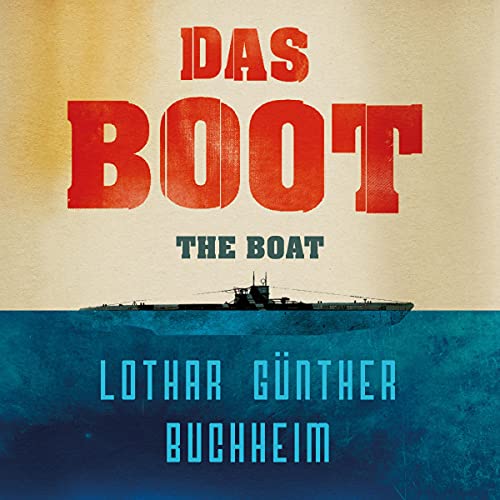 Filled with almost unbearable tension and excitement, Das Boot is one of the best stories ever written about war, a supreme novel of the Second World War and an acclaimed film and TV drama.

It is autumn 1941, and a German U-boat commander and his crew set out on yet another hazardous patrol in the Battle of the Atlantic. Over the coming weeks they must brave the stormy waters of the Atlantic in their mission to seek out and destroy British supply ships. But the tide is beginning to turn against the Germans in the war for the North Atlantic. Their targets now travel in convoys, fiercely guarded by Royal Navy destroyers, and when contact is finally made the hunters rapidly become the hunted.

As the U-boat is forced to hide beneath the surface of the sea a cat-and-mouse game begins, where the increasing claustrophobia of the submarine becomes an enemy just as frightening as the depth charges that explode around it. Of the 40,000 men who served on German submarines, 30,000 never returned. Written by a survivor of the U-boat fleet, Das Boot is a psychological drama merciless in its intensity and a classic novel of the Second World War.

What listeners say about Das Boot

The decision to use an Englishman to narrate a story in which all the characters are German is most unfortunate. I waited months for this audiobook to be released. What a let down.

This book took me by storm. It is terribly vulgar and offensive but that only makes it authentic. Incredibly well told, the imagery and the way he describes scenes is masterful, I love his style. Another review said they did not like how the reader has an English accent, I agree, it contrasts with your mind, you know they are Germans but they sounds like English gentleman. Not a deal breaker but strange to be sure.
Some scenes were wildly graphic and will stay in my mind for the foreseeable future. However anything included is there for a reason, to paint an accurate picture for us. I’m glad I read it, even just the technical information is well worth it, if you like submarines and how they work, fascinating.

Atmospheric, tense, as good as the film

An incredible insight into the life of the U Boat crews. 75% did not survive their three month missions in and beneath the wave of the North Atlantic. The dark miitary humour, the fear, the discomfort is portrayed by the reader.