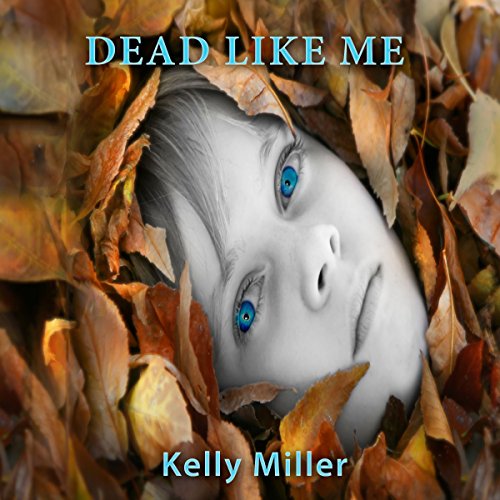 Written by: Kelly Miller
Narrated by: Angel Clark
Try for $0.00

On edge after a two-week mandatory leave, Homicide Detective Kate Springer is blindsided when she discovers she shares a link with Tampa's newest murder victim. A troubled teen is found strangled and dumped in a remote part of town. The bond between them threatens to expose Detective Springer's past, a past she's been hell-bent on keeping secret. When the killer finally emerges from the shadows, Kate's secrets aren't the only thing on the line. So is her life.

A detective with a traumatic secret

Set in Tampa, Florida, Homicide Detective Kate Springer has just returned to the job. She and her partner catch the next murder case, a teen-aged girl, Kimberly Callahan, who shares an unexpected connection with Kate. As they dig into the murder, several suspects catch their eye. However, Kate is distracted by one in particular and that distraction may be her downfall.

There was a lot I enjoyed about this book. It was mostly Kate Springer who held my interest. I believe she will be a great main character for the series. She’s got this dark past that haunts her a bit even though she is well into her 30s. Throughout the book, she’s seeing the department psychologist off and on and that’s where we learn the most about her past. I also like that Kate knows she has certain behaviors for deflecting people which keep her from having close friendships and meaningful romances.

This book does deal with child sexual abuse. While none of it is revealed in detail, the author does a good job of focusing on how that abuse affects not only the child but the adult that child turns into. The story also brings non-sexual abuse and just plain neglect into the story as well.

Some aspects of the book were a bit formulaic. For instance, the killer was easy to identify. In fact, from the moment they strolled onto the page, I was pretty sure. Also, I didn’t ever really worry about whether or not Kate would live through this investigation, since we all know this is Book 1 in a series.

I really liked Kate’s work partner, fellow Detective Patrick Jessup. The two have a good rapport going with their jokes and random fact bets. I also liked the crime scene tech and her knowledge of etymology; for instance, she knows where the phrase ‘humble pie’ comes from.

There were a handful of things that felt a little rushed or slanted in a certain way for convenience. When Kate is doing her sessions with the psychologist, she’s asked to discuss her triggers and Kate doesn’t know what that means. Yet I was pretty sure that Kate had spent some time working with a psychologist or two in the past and also reading up on her own, so I don’t know why she wouldn’t know this basic term. I felt that was put there to give the psychologist the chance to explain it to the reader, not to Kate. Also, there is a fat, bullying cop who Kate is always trading insults with, though Kate’s insults are nearly always about his weight (which I felt was immature). My biggest complaint is that Kate’s past and her connections to the case remain unknown to the homicide department at the end of the story. I didn’t think this was realistic at all.

With that said, this book still gripped my attention. I really wanted to see how things would unfold, even though I had already guessed the killer. Kate is a fascinating character in many ways. She has issues but her focus on her work keeps her centered. The trusting relationship between her and Patrick, who is a happily married man with kids, leads me to wonder if things might get complicated for Kate in the future. Kate is slow to discover who the killer is, or rather, accept what her subconscious is already pretty sure about. I felt this was realistic and I enjoyed the cat and mouse game as Kate finds evidence to support the case. I look forward to Book 2 and seeing where Kate goes from here now that she can lay part of her past to rest.

I received a free copy of this book.

Narration: Angel Clark was a great Kate Springer. I really liked her voice for Kate, especially the more emotional scenes. Clark also went the extra mile and included special effects to mimic speaker phone, PA system, and cell phone calls. Sometimes I did find a few of her voices for minor characters to be a little cartoony, but that is my only little complaint.

Narrator when talking in different characters voices does a great job. When she is just narrating the story without a character talking she is VERY monotoned. If you can get past that the story is interesting enough to keep you listening.
Over all though you can pretty much figure out who did it from the start and the ending is abrupt.

This story lets us see inside the minds of the victim and the victor. We learn how each of them thinks, whether it is real or distortion of their reality.

First I have read / listened to by this author, a good flowing plot. The tension of what Kate was going thru was well done by the narration. The detail of the characters, and her past and being a target.
Given audio for my voluntary review .

Too good to pause!

I have never listened to a murder mystery quite like this! We all have secrets, but who has one that would make them fear for their life? This book, and Angel Clark's marvelous narration, show just how dangerous life can be.

Loved the story. Narrator was good but didn't quite fit the age of the heroine. she was supposed to be in her 30's but the voice was very young. overall it was a good story.

Terrible! Every cliche and poor performance

Just a poorly written and poorly performed book. The performance could have improve the weakness in the writing but...

Would you ever listen to anything by Kelly Miller again?

Chipmunk voices for female characters. Attempts at special effects - sounded like she was talking into a paper cup when characters were on the phone.

What character would you cut from Dead Like Me?

This is just a poorly conceived and written story that is poorly performed. I do not recommend it.

Great start to a series

Review
Content warning: this story deals with child abuse which may distress some readers.

Detective Kate Springer is seeing a police psychologist, ostensibly because of her involvement in a shooting incident. However, as time goes by, Kates childhood secrets, so carefully hidden in deep her mind, begin to emerge.

When called to a crime scene Kate gets a real shock when she first looks at the body of the young girl because she bears such a strong resemblance to herself at that age.

The investigating team pull in several men to assist with their murder inquiries and when Kate, by chance, sees one of them being interviewed, she is horrified, he is like a ghost risen from her secret past.
How will she cope? Can she maintain her outward composure when all the time her mind is trying to make sense of this awful situation?

This story contains some interesting characters, Kates work partner Patrick Jessop is the perfect foil for Kate with her funny little ways. They get along quite well but that doesn’t prevent Kate from hiding her secrets from him. Her relationship with her therapist is interesting too, I can see this being built upon in future books.

Though quite gripping and fast moving for the most part, it did seem as if certain parts were being read straight from a text book, particularly the information regarding alcoholism, for me, this somewhat intruded on the flow of the story.

I’m not usually too keen on the psychologically damaged, kick ass type of character in books, but must say, that Kate, despite her flaws, comes off as far more interesting than most.
I have made a couple of negative comments but I really did enjoy the story and would happily read more about Kate Springer, I’m sure this will be a successful series.
Ah yes, just one more thing, I’m sure all us frumpier RNs didn’t take too much offence!

Narrated by Angel Clarke who is a seasoned performer with several audiobooks under her belt. Her experience shines through, I loved her as Kelly in particular.
Angel brings a vitality to the characters, but a little too much at times I thought as couple of female voices were just a tad over animated for my taste.
Audiobook provided by the author in return for an unbiased review