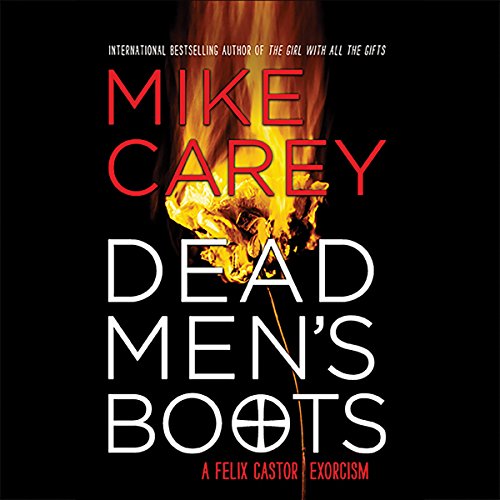 Author of The Girl With All the Gifts Mike Carey presents the third audiobook in his hip supernatural thriller series featuring freelance exorcist Felix Castor.

You might think that helping a friend's widow to stop a lawyer from stealing her husband's corpse would be the strangest thing on your "To Do" list. But life is rarely that simple for Felix Castor.

A brutal murder in the heart of London bears all the hallmarks of a long-dead American serial killer, and it takes more good sense than Castor possesses not to get involved. He's also fighting a legal battle over the body - if not the soul - of his possessed friend Raf and can't shake the feeling that his three problems might be related.

With the help of the succubus Juliet and paranoid zombie data-fence Nicky Heath, Castor just might have a chance of fitting the pieces together before someone drops him down an elevator shaft or rips his throat out.

"The Felix Castor novels are splashed with color and texture, their characters are larger than life (or death), and the stories are, well...out of this world. Castor is a remarkably believable character...A wholly engaging blend of the detective and fantasy genres." (Booklist)

much better than the second one

I love the first the second one had a bit of a dip in quality and then this third one in my opinion comes really close to the first one in terms of quality. there's as much excitement as there is compelling circumstances and emotions much more than you would expect from this genre of book

I really enjoy this series and have to admit I struggled with Book 3. Seemed disjointed, was definitely confusing to keep the storyline straight and keep listening. I made it to the end by persevering. Overall O.K., but if this had been book 1, I would not have continued the series.