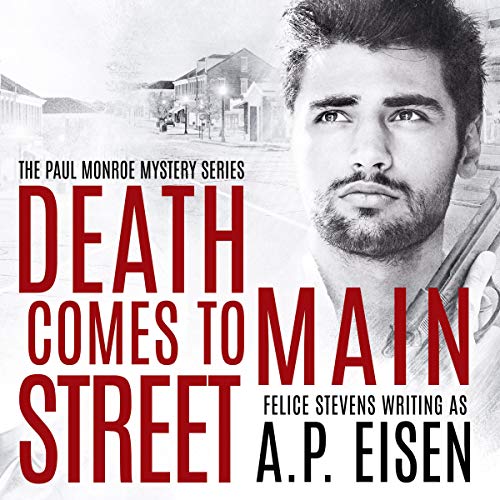 In the sleepy town of Thornwood Park, something dark and ugly is brewing....

Detective Paul Monroe is investigating a routine string of break-ins when the case takes an unexpected turn. Merchants are receiving threats, and things might be more sinister than he originally suspected. Paul’s been on the receiving end of those warnings as well, but he brushes them off, not bothering to mention them to his partner, Cliff, until Cliff himself is threatened.

In fact, Cliff discovers he’s been shut out of quite a few things and confronts Paul, who doesn’t understand the problem. The situation escalates quickly, leaving them at a crossroads, with Cliff conflicted and wondering if he’s an equal partner. Now Paul finds himself fighting not only for the people he’s sworn to protect but for his relationship and the man who means everything to him.

When an unthinkable tragedy occurs, it’s a race against time to catch a killer who thinks he’s untouchable and has committed the perfect crime.

What listeners say about Death Comes to Main Street

A brilliant addition to an interesting series!

This is book 2 in the Paul Monroe Mysteries and although it can be read as a standalone, I recommend reading this in the series order as the characters and their relationship have already been established in the previous books.

This book is a little more darker, gritty and chilling than the previous two books in the series but no less compelling.

What lengths will Paul go to when the very man he loves is being threatened?

This case will put Paul and Cliff's relationship to the ultimate test.

Can Paul race against time to protect the man he loves and catch a killer before it's too late?

This series keeps getting better and better with every book.
Kale William's does a superb job on his audio delivery and narration.

I absolutely recommend this entire series if you like mystery, intrigue with an edge of romance.

Great combo of author and narrator

I’ve really enjoyed listening to this book series. AP Eisen/Felice Stevens told a terrific story with just enough of everything- mystery, intrigue, characters, character development, romance, etc- to keep it interesting without making it too long. And I think Kale Williams is one of the best narrators I’ve listened to, in this or any other genre. I highly recommend.

I love this series more with every new book. I love mysteries and this author does a great job with them. There was one part at the end with Paul saying that someone would be held in prison until he saw a judge for sentencing. Saying sentencing was incorrect. This minor error isn’t typical of the series but it really interrupted my listening. The narrator does a fantastic job with this series! I’ve listened to the first two books multiple times and I’m sure I’ll listen to this one multiple times too