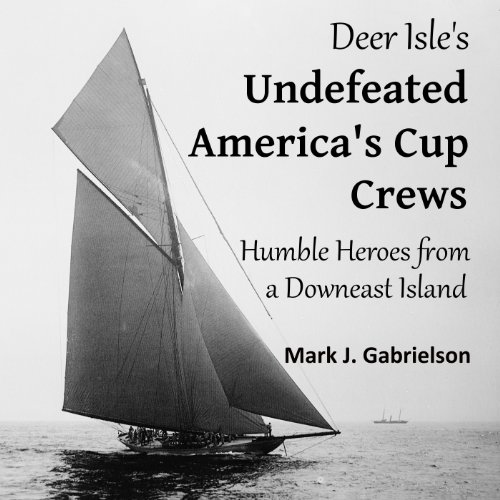 In 1895, emissaries from the New York Yacht Club traveled to Deer Isle, Maine, to recruit the nation's best sailors, an "All American" crew. This remote island in Penobscot Bay sent nearly 30 of its fishing men to sail Defender, and under skipper Hank Haff, they beat their opponents in a difficult and controversial series.

To the delight of the American public, the charismatic Sir Thomas Lipton sent a surprise challenge in 1899. The New York Yacht Club knew where to turn and again recruited Deer Isle's fisherman sailors. Undefeated in two defense campaigns, they are still considered one of the best American sail-racing teams ever assembled. Listen to their fascinating story and relive their adventure.