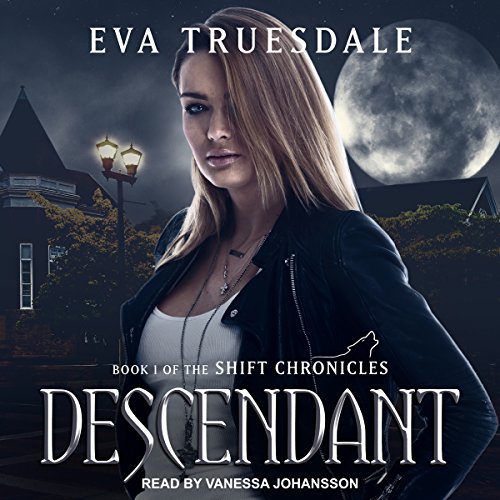 Written by: Eva Truesdale
Narrated by: Vanessa Johansson
Try for $0.00

Alexandra is having a hard enough time being human, dealing with the unexpected death of her father, and a family that's slowly unraveling in the wake of that death.

So she really, really didn't need a werewolf attempting to kill her on top of everything else.

But life just sucks sometimes, apparently. Because that's what happens: a vicious werewolf attack leaves Alex infected, confused, and suddenly surrounded by strangers who all claim they want to help her. Now, all she has to do is decide who to trust. Which would be a lot easier if one of those people trying to earn her trust wasn't Kael, a boy who manages to be arrogant, infuriating, and entirely-too-hot-for-his-own-good all at once - and who also might know more about herself than she does. Although, it turns out, that isn't saying much.

Because her whole life has been a lie.

But now the dangerous truth is surfacing, and Alex suddenly finds herself a would-be pawn in the center of an ancient war between wolves and monsters. A war that will force her to make an impossible choice, thanks to the magic tied to her bloodline. Magic that could protect the entire human world...or leave it to the mercy of the monsters.

What listeners say about Descendant

8 hours and the story never really progressed. Lacked character development. It's a good storyline just not executed very well. The narrator was pretty good though. Unsure if I'd listen to the second book or not.