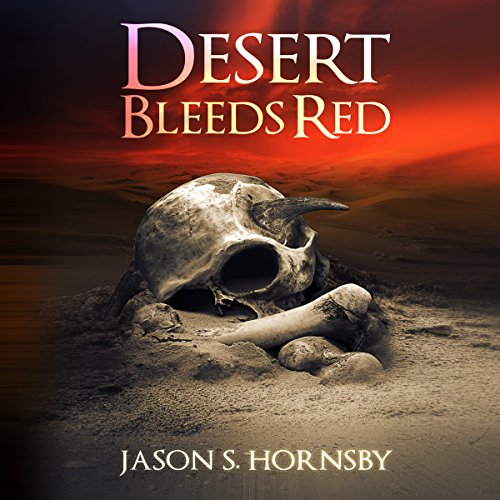 A plane crash in the desert. Doubles lurking in the shadows. A missing wife. A clairvoyant mistress. Eight demons. A thousand corpses. One savage journey through the Wastelands of China…

Logan Solomon is a Southern gentleman who has lived in Beijing far too long. Aside from the shady business deals, surveillance jobs, and the often decadent lifestyle of the jaded foreigner, he has also managed to alienate his wife Li Na while associating himself with very rough characters - some who might not even be human. Following a seemingly chance encounter aboard a train, a chain of events is set in motion that will change Logan's destiny forever, and leave a trail of dead in the wake.

In response to a pleading late-night phone call from her estranged mother, Li Na and Logan embark on a dangerous trip south to a village unknown to outsiders. They are accompanied by an old friend from Georgia who may or may not be able to see the future; a hulking tattooed sociopath with glowing red eyes and a short temper; and a tall man in black who, when not turning into a spiral or effortlessly passing between impossibly tight spaces, loves waxing philosophic over milk tea and kebabs.

When Li Na goes missing somewhere in the bamboo forests of Sichuan, young Solomon conjures up the darkest of forces to assist him in getting her back - a decision that may cost him not only his own life, but those of countless others along the way.

Part epic modern rendition of the King Solomon legends, part hellish travelogue, and all white-knuckle terror, Desert Bleeds Red is critically acclaimed author Jason S. Hornsby's (Every Sigh, The End and Eleven Twenty-Three) masterpiece, a haunting vision of China and humanity unlike anything you can imagine.

"I sat for hours trying to come up with some clever, witty way to describe Desert Bleeds Red. The simple truth is, it's a masterpiece, and it's sad to think that word's overused so often that it doesn't convey the impact it should. It isn't limited by genre or style or any of those other ways people try to contain a book. It's just a masterpiece." (Peter Clines, author of 14 and the Ex-Heroes series)
"As dense and biblical as Blood Meridian, and just as lyrically violent, Desert Bleeds Red is a traveler's worst nightmare, and every human's darkest. From squalid cities to blasted wastelands, Hornsby takes us to Hell in a handbasket, on a trip we won't soon forget, for all the burns and scars." (David Snell, author of Pavlov's Dogs and Demon Days)
"Hornsby's prose runs deep and his imagination and sheer talent soar in this very dark and epic fantasy." (Craig DiLouie, author of Suffer the Children)

This is a very compelling story and I think I'm going to have to listen to it again because there's more to be gotten out of it. Although not set in the future, it reminded me in terms of cross-cultural speculative fiction, of Bachigalupi's Wind Up Girl.

The writing is excellent and the non-linear storyline, which can sometimes be a little hard to cope with in audiobook form, works fluidly and well. The characters are well fleshed out, especially the main character who is flawed and juicy.

There is a lot of very graphic violence in the novel, and it is painstakingly and viscerally described, so if you have a problem with that, you might want to steer clear of it, but I felt it was right for the story, and served it well.

The performance is good, although I found that the male voices, with southern accents, got a tiny bit muddled. But not enough to spoil the experience of the book.