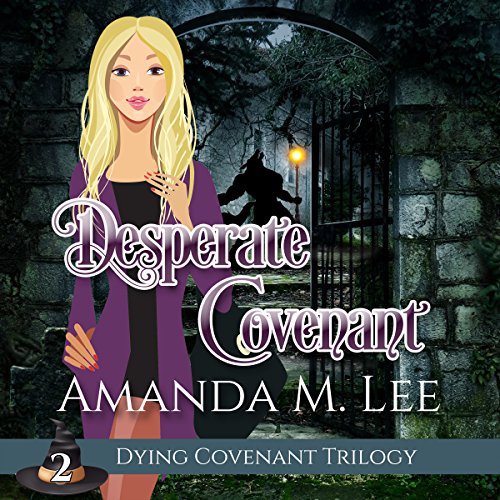 Zoe Lake-Winters knows about paranormal entities. She's fought so many she's lost count. When zombies rise and come for her daughter, though, Zoe realizes that she's about to encounter a terrifying new world that she can't control or understand.

Word has gotten out that Zoe and her husband Aric's 12-year-old daughter is about to come into her own. As Sami's mixed heritage - half mage, half wolf - comes to a head, outside factions have decided they want the child to use for their own devices.

Zoe and Aric know they're facing a tough battle, so they agree to go to the annual wolf pack meeting in Northern Michigan. Zoe isn't keen on the idea - Aric has wisely kept her separated from the wolves, after all - but they're desperate for help.

Zoe knows right away that she's not going to play nice with a bunch of overbearing wolves with ancient ideas about gender roles - many of whom blame her for Aric's estrangement from the pack - but she's willing to put up with it for Sami's sake. All of that changes when a new wave of attacks hits...and this time Zoe realizes she might be trapped amongst the enemy.

Zoe won't conform, and when it comes time to ask for help, Aric refuses to bow to the pack wishes. Of course, sometimes those who believe they have power are fooling themselves. Zoe knows she has power, and in the end, she'll be the one with the upper hand. Unfortunately for her, Aric and Sami might not be so lucky.

A big fight is brewing, and while Zoe might have the strength to fight the war, she can't do it alone. Disagreeing factions are going to have to come to a meeting of the minds, because otherwise no one will be left standing.

What listeners say about Desperate Covenant