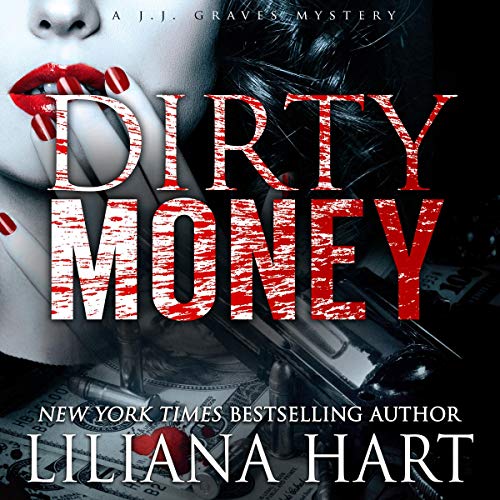 When the past meets the present...

King George County, Virginia has its share of crime, but it’s generally a good place to live and raise a family. So when a string of violent murders sweeps through the county, J.J. Graves and her husband, Sheriff Jack Lawson, are left scratching their heads.

It’s soon discovered all the victims have a connection - Malachi Graves - J.J.’s father. The world thinks he’s dead, but J.J. knows that’s just another one of his lies.

The problem is the killer might not be her father, but someone staging the crimes to set up Malachi for murder. Which means she and Jack aren’t the only people who know he’s alive.

Guilty or innocent…it’s time to bring Malachi Graves down once and for all.

What listeners say about Dirty Money

always a pleasure to read 📚

loved it... 😍 easy relaxing read. can't wait to read the next book. enjoyable

The weakest of an awesome series

Mostly about Jay's dad/subplot rather than solving a mystery. For me, the plot about the Graves is the least interesting aspect of the series.

Enough of the coffee references

I'm just disappointed in the story. It was weak and the constant references to coffee were unbearable. I've read the first 5 books in the series the plot was much better. I've tried the audio version of the latest books in the series and I'm not a fan of the narrator. For me the series ended with me feeling annoyed and frustrated especially with the two main characters Jack and JJ.

Great "finish" to the on-going tale of JJ's family. Can't wait to find out how their suspenseful stories continue.

I hope this isn't the last book in this series. All though it seems to wrap things up nicely, it would be great to see what happens to Jaye and Jack.