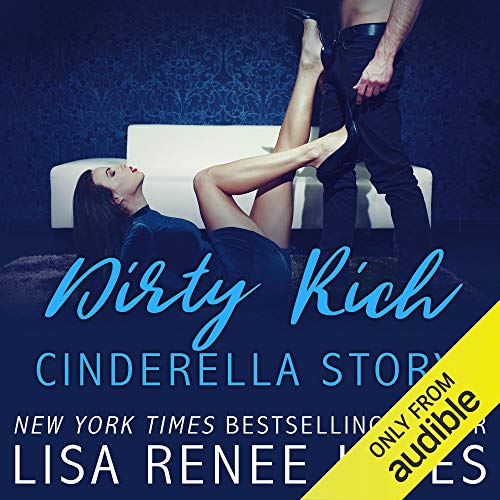 Seduced for a night. Taken forever.

With only nine months left at Stanford, and despite being top of her law school class, Lori Havens takes leave to care for her sick mother. That means she juggles three jobs, the best of which is researcher for Cat Summer, novelist and syndicated columnist of Cat Does Crime.

One evening after finishing up her work at Cat's apartment building, Lori has an encounter with a sexy stranger and does something out of character: She goes home with him. The night is perfect; he's perfect, wealthy, powerful, and from out of town. Morning comes, and despite their connection, Lori leaves before he finds out she's far from the equal he believes her to be. She's not a charity case, and she's not after his money. She will make her own. In other words, she leaves before her prince charming finds out she's no princess.

Flash forward a few months; Lori’s mother is healing, and Cat's husband, Reese, has merged his firm with another, and Lori lands an internship there, with school credit and scholarship money. Everything is falling into place.

That is until fate reveals a wicked twist of events, and Lori walks into a conference room to find her new boss, Cole Brooks, one of the partners, is her one-night prince charming. One sizzling shared look across a boardroom and it’s clear: This man is not done with her.

It’s not long before Lori is informed she’ll be working high-profile cases with her one-night prince charming, which will require long nights and travel, starting immediately.


This is book 2 in Lisa Renee Jones' Dirty Rich series and I knew as soon as I finished her, Inside Out Series I needed to gobble up her Dirty Rich series too and going by her first book "One night stand" I'm already addicted.

There are a few stories running simultaneously but the main heroine Lori, is a hard worker, wonderful human being, and life has thrown her more than her share of hard knocks. That is until she literally knocks into a man that will haunt her thoughts and libido long after her one night rendez-vous. Months later when Lori lands an intern job and bumps into her Prince Charming aka Cole again, and they both are shocked to learned that they have more in common than just a cursory night.

Attorney, Cole is very sexy, very charismatic, very wealthy, and can’t get the clumsy Lori out of his mind - when the stars appear to align giving Cole a second opportunity to be with Lori, his instant possibilities become instantly deflated when he wakes up to find Lori gone and all he has is a first name. When Cole searches and finally finds Lori, who he wants desperately, he isn't prepared for the hard work he needs to put in to wooing the strong, passionately independent woman to see the opportunities and not the road blocks.

I happily went from book 1 straight into book 2 because I love this author’s writing style that much.. and she didn’t disappoint. Because, not only is there an instant obsession that takes time (and a little angst) to ferment into a solid HEA, but there’s also interesting legal issues going on in the background as well as the lives of the secondary characters and both build multi-layers into the story.

Lori is living with her nurse Mom, she’s working hard to pay off their debts because her Dad’s death has left its mark financially and mentally on Lori long after the heartache had eased and she vowed never to do what her Mom had done. never need and never trust. But never say never Lori, because you’re about to run into a man (literally) that’s going to haunt your thoughts long after you run from his sexy strong arms following your hot no strings one night stand. And, months later when you’re an excited eager Intern at a new Law firm, you’ll meet your Prince again and you’ll have more than that one night in common.. but it’ll be a push ‘n pull ride before this stubborn modern day Cinderella finally lets her Prince put on that metaphorical shoe to see it’s actually a perfect fit.

Successful, rich, handsome Lawyer Cole can’t get the woman he bumped into out of his mind - then Fate throws him a lifeline and there’s a second chance meeting, a dirty sexy one night stand and a world filled with possibilities.. but in the morning she’s gone taking those possibilities with her.. and all he has is a first name and bitter-sweet memories. Memories that will fuel a hunt for her, memories that will haunt him obsessively for weeks, memories that will stop another woman’s touch.. and memories that will become a reality when he comes face-to-face with Lori again.. across his conference room. Cole knows what he wants.. or rather who he wants, but getting the fiercely independent and stubborn Lori to see possibilities rather than problems is going to test his bargaining skills.. because this alpha Lawyer might just do the unthinkable.. he might lose the most important fight of his life.

Worth a credit? It’s a perfect fairytale for adults.. it’s got sex with no strings which backfires into tangled strings and love. The journey was sexy.. and stormy.. and romantic.. and angsty.. and interesting.. and deliciously addictive as the push ‘n pull emotions of rags and riches boil and eventually blend. The dual POV story was expertly brought to life by two trusted actors whose flawless performances created a 5 star audiobook that’s YES definitely creditworthy.

Wow, the h is a wee bit difficult!

This would have been a solid 4 stars but the h drove me insane. The constant harping on 'but he's my boss' and blasting the H for helping her financially yet giving her friend a pass was overwhelming. The rest of the story is very good and LRJ is very good at building relationships.

Brief Summary: No need to expand on the author's summary.

Instalove: Yes for the H

I'm so addicted to this series. I love alpha males and I liked that Cole was alpha without being over the top. This would have been a 5 star listen but I did find Lori frustrating, especially towards the end of the story. While I like a strong heroine she was beyond stubborn and sometimes hurtful to Cole. Still love them as a couple and I can't wait I listen to the next book.

The heroine was not my fav

I struggled to finish this one because of Lori. I understand wanting to be independent and proving yourself but she was just too much. Lori did not deserved Cole she pushed him away at every turn and she didn't have any trust or respect for their relationship. I only finished the book because I'm a fan of Erin and Joe although Erin wasn't that great in this one. Joe Arden as always was just great.

I love Cole as a Character but can't stand Lori she's my least favorite female character out of all the Dirty Rich books.

Loved the story line and how they took down the bad guys together! Great Chemistry!

With such a winning combination of narrators how could it miss !!!
A fabulous book rut changer!

She's too breathy in this one. At the end of every word, especially every sentence, she adds a syllable to her words. Example: "The wrong time-uh, the wrong place-uh." Or 'And yet somehow a gentle seduction-uh." Or "followed by another-uh". It's extremely annoying and distracting. I've heard her narrate before and she does this to some extent on other audiobooks, and it's still a good job, but in this one she's too breathy in addition to it. I may have to DNF this one and switch to the Kindle version.

I have mixed feelings, though they’re overall positive.

I loved that the author used some elements from Cinderella to plot her story. The mistaken identity–Cole thinks Lori is a lawyer, when she’s not–was an interesting twist, as it shows that she has already all the qualities and skills to be a lawyer, it’s just circumstances that keep her from being one already. It’s also a great incentive for Cole to help her when they reunite. It keeps them from seeing each other before they end up working together, and they had time to build up their one night stand into something more. And of course, the disappearance of the ‘princess’ when morning comes, and Cole has no way to find her, was perfect.

The case they work together was interesting. It was definitely more than a plot device to keep the reader invested. Cole shows how he works, which is revelling regarding his personality. It also provides good exemples of Lori’s talent. There’s a bit of danger that add a little thrill to their relationship. It was well done.

One of the things that bothered me the most was their trust issues. Both had serious hangups. Cole’s jealousy is barely understandable. As for Lori, while seeing her determination to succeed by herself was inspiring, the fact that she always refuses help or rewards that she clearly deserved became annoying in the end. It keeps interfering with her relationship with Cole, for no reason. Her daddy issues were also a bit far fetched in my opinion.

The other thing was the instalust/instalove going on. It was mitigated by the fact that they talk a lot and share some deep moments after their first sexy encounter, meaning they could develop at least a serious interest in each other. But why some playboy like Cole would already break some of his rules and bring Lori into his hotel room when he never does that? I didn’t get it, unless it’s a case of instalove. And the obsession he nurtures afterward was also a bit much.

The narration was as good as ever, since both narrators are talented. The female narrator has the most chapters and does a great job with all characters.

So it was overall quite good, though I think it could have been even better–though my complaints may be more a matter of taste.

Lori and Cole are the couple to love because they are complete opposite of each other. Lori took the hard way to love and happiness with Cole.