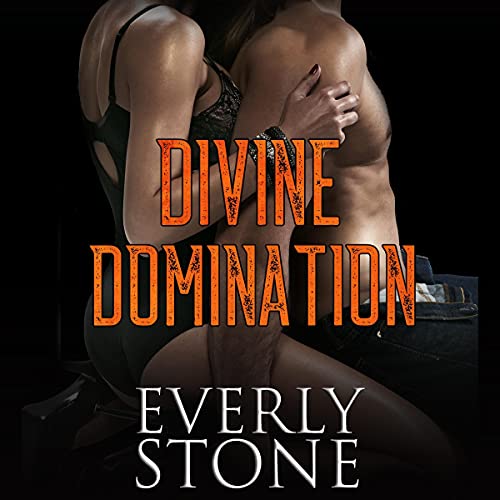 When Jackson gets his hands on the men who kidnapped Hannah, he's going to rip their hearts, still beating, from their chests.

No amount of pain or desecration seems sufficient punishment for the sin of taking Hannah away from him.

He won't stop until he has the woman he loves back in his arms and in his bed. But as the ugly truth behind his and Hannah's intertwined pasts is revealed, their love will face its greatest challenge yet.

What listeners say about Divine Domination

Great end to this series!

I don't normally listen to "serial" type releases, but i gave in and decided to try this one since it sounded so good. After listening to book 1 I knew I had to continue and see what happened. Part four has a lot of action & parts are more on the romantic side. I'm glad I stuck with this serial, It was very addicting and the plot surprised me over and over again.

The narration is really good too, glad they stuck with the same ones throughout the series.

This is the last installation of a story broken into 4 parts and a disappointment in construction as well as the audible production. The storyline is interesting but the first 2 books have too much filler. Also it is worth checking out in the Romance Package but not worth 4 credits or purchasing all 4 parts. The story builds slowly in the first 2 sections but the 2rd part actually includes some character development.and the last section provides most of the story, conclusion, and a hint of a future story of the twin and best friend.
The narration is ok with Summer’s male voice being acceptable but Tyler’s female voice not at all believable. This would have been a 5 all around had they performed together and had there been some deep editing into one tight, exciting and sexy book. The author has done better and hopefully will again.

So many different feelings

This is the last book in the series and I recommend reading these in order.
Jackson and Hannah's story is hot, sweet, scary and exciting. Hannah is selling herself to a stranger to get money so she can save her home. Jackson is not aware that he got the wrong women, all he want is revenge. I love these books to pieces

I feel like the author is doing an excellent job at describing Hannah's submissive side and still show that she's a strong women. She also describes Jackson's vulnerable sides without taking away from showing him as a strong male Dom.

The suspense in these books is super, I'm enjoying that through the story there are so many surprises I didn't expect.

I love the writing style of this author, it's light and to the point and it has a good amount of dialogues which I like. I also like how the author touch the subject of psychology when it comes to s/d relationships.

The love scenes is straight forward but very eloquently described, the author is absolutely one of the queens of dirty talk and hot scenes in my opinion.

Bought by the Billionaire

While I have to say I liked this series, I do not understand why the story was divided in to 4 parts except I guess it was a matter of a way to make more money? I will be on the lookout for such things in the future as even though this story was good it wasn't great & not good enough to spend so much to buy all 4 books. That's it for me with this author!

I am still in awe!! thank you Lili V

5☆ plus recommendation. Please get the entire serie to enjoy the full effect. Well done Lili...I had a blast listening to this masterpiece.

Excellent ending to an excellent series.
Too bad it had to end. I really enjoyed listening to it. I was so glad that Hannah and Jackson stayed together.

This couple showed how a true relationship really works. The ups and downs that a couple goes through whether it's a normal relationship or a Power exchange relationship.

At first I thought Harley got away with everything, but in the end she got exactly what she deserved. All the turmoil that she caused and she wound up in the outs from family.

My congratulations to Lily Valente on this series.

Not all that Dark, in the scheme of things!

This story definitely has a few shortcomings, here are the most relevant ones, to me.

First, this is not a four part series, this is a novel that was broken into four parts, for the author’s financial gain. Shame on her! I really have a problem with author’s who thank their loyal readers/listeners by using cliffhanger after cliffhanger to pad their income. Had all four sections not been included in the Escape Package, I would have skipped this novel.

Second, there are so many unbelievable elements, in this book, that I found myself FF through sections due to the ridiculousness of the whole ordeal. I’ll give you a few examples....

Would a supposedly, virtuous, empathetic, overly loyal character, not stop her twin sister’s man from having sex with her? No matter how desirable he is? Of course! Not to mention, she is supposed to be intelligent and allowing a perfect stranger to have unprotected sex with her is the definition of stupidity.

No matter how dire a woman’s circumstances are, I cannot picture a woman, who is in hiding because someone is out to kill her, who would put herself into a situation where she is completely isolated with a stranger where he could kill her and hide the body and not be caught. Especially if her father is one of the wealthiest men in the world. I’d think swallowing your pride and asking family for help would be more palatable than becoming a whore for a complete stranger.

I could go on and on. In addition, this really isn’t that dark of a book. The Hero says a few hurtful statements and locks the Heroine in a cage, once, but her is careful not to hurt her and praises her good behavior. This is nothing like some of the seriously dark novels I’ve listened to. This is rated G in the dark novel world.

Also, Tyler Donne does not perform female voices well, at all; it sounded a bit ridiculous, actually.

I was able and willing to complete the novel. However if it had cost me a credit, let alone, four credits, I definitely would have returned it. It’s not something I would listen to a second time.
-V from Kansas

I didn't review the 1st two, I wanted to finish the 3rd and last book 1st.
I was more impressed than I thought I would be.
All the books are exciting suspenseful and HOT!! Makes you want to power listen to each one.
Well done Summer Roberts and Tyler Donne! Narration perfection!
Well Done Lily Valente!
More Please 👍🏼