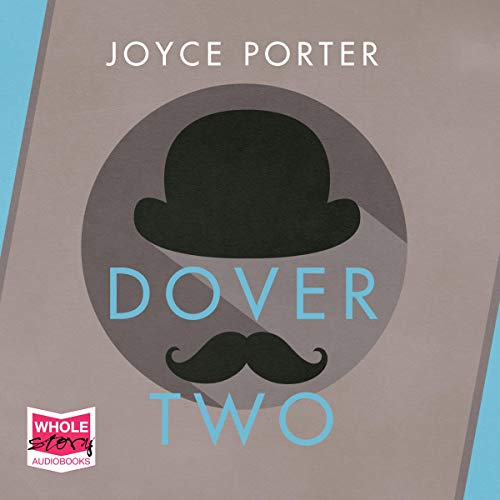 Written by: Joyce Porter
Narrated by: Sam Devereaux
Try for $0.00

One February evening in northern England, a young woman is shot in the head and left in a coma. Eight months later she dies, thus becoming a welcome excuse to dispatch the odious Inspector Dover as far as possible from London. It soon appears that Isobel Slatcher could have been smothered in her hospital bed with a pillow. Now Dover may have two murderers to catch: one who pulled the trigger, the other the last visitor she had in her short lifetime. If, that is, the town’s warring Catholics and Protestants will only stop distracting him.

“Meet Detective Chief Inspector Wilfred Dover. He’s fat, lazy, a scrounger and the worst detective at Scotland Yard. But you will love him.” (Manchester Evening News)

What listeners say about Dover Two

Very excited to see that the author wrote another story about Inspector Dover. This second book is as good as the first. Wish all Joyce Porter's books were available via Audible and narrated by the excellent Sam Devereaux. Clever murder mystery, interesting, light in mood, and if I close my eyes while listening, I feel like I'm in a small theater in London watching this on the stage.

Dover isn’t your usual ingenious, complicated, thoughtful detective. And because of all his numerous foibles, he is also hilarious, even more so because he doesn’t mean to so much as make you crack a smile. He’s different. I suppose you’ll either like this character or not. The mystery unravels in no greatly remarkable way. I liked the way it was told (style and narration) and found myself smiling many-a-times through it all. I am in a sense reviewing both Dover one and two because of the different, light undertone of these mysteries. I don’t know if that alone will hold my interest sufficiently to pursue more in the series. But a very fine change, from the usual sort of serious mysteries, these certainly are. I am glad I gave them a try.

Love the Dover series by Joyce Porter. The narrator was first rate. Looking forward to the next book.