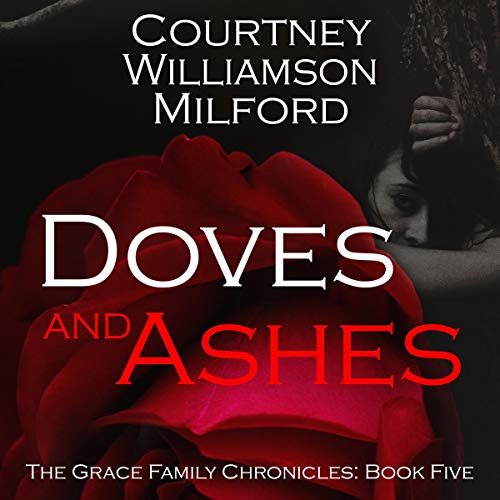 After the emergency evacuation of Cinq Terras, the Grace family's secret private island, the underwater experts, Arthur and Carlissa, embark on some research. Below the waves near Cinq Terras they find a new sea villainess. Her name is Ampura and she's making herself at home in the island's charmed waters, along with her small army of enchanted seamerckles.

Meanwhile, another villain turns up: Antonine, the infamous Atherling arsonist. Amandia's unBecoming has sparked interest in the fire-fearing Atherling community, and Antonine wants her help. No one ever thought she'd be a guest at Gracestone, albeit one that is heavily guarded by Antoine and his crew of Protectors.

Annelisa isn't well, although she's still working with Hana on the Train of Thought comic book series. This brings 'Orrance into the scene (as though he'd stay away). Also helping is Annelisa's new editor, Tina Valentine, who happens to be clairvoyant. Her skills in the realm of the paranormal come in handy as the crew must consult Anyssa, Cy's poor dead grandmother, and other ghosts, as problems continue to arise that involve the supernatural.

Jean-Fils finds himself in uniform, once again. This time, he's in French Indochina with her buddy Ephraim. They have trouble keeping up with who the real enemy is. Eleanor wants him back so she can divorce him, which ends up being lucky for both men and, also, for Hana.

Humboldt grows more melancholy out in Los Alamos as the time to test the "gadget" grows near. Always a thorn in the Big Man's side, 'Orrance outdoes himself, prompting Humbolt to ask Cy to kill the Conductor on sight.

The story leads up to a cliffhanger, as the Grace stories will. A rescue is required, setting the stage for the final book in the Grace Family Chronicles, Cloud Haven.

What listeners say about Doves and Ashes

I’m enjoying the Graced series while I walk in the AM. Fun way to pass the time as there is always something exciting. The performance makes it easy to use your imagination and keep up with the characters.