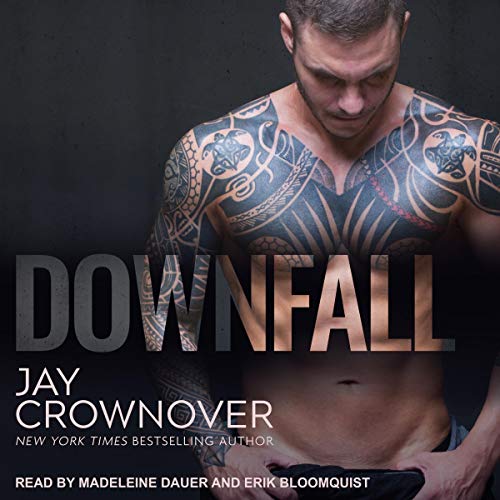 From the start, it's been ingrained in Solomon Sanders's DNA to fight. Fight for what he believes is right. Fight for the people he loves. Fight for survival, so at some point his life will quiet down and find a normal pace.

He wasn't ready for the impact his secretive, shy, obviously out-of-place new neighbor was going to have on him. And never in a million years was he prepared to fall head over heels for her and her young daughter. Now, he's facing the most important, and the hardest fight he's ever fought...the battle to win Orley's damaged heart.

From the start, Orley Vincent was groomed to believe she wasn't good enough. She wasn't the perfect daughter. Or student. Or girlfriend. But, she has always been the best mother she could be to her daughter, Noble. Keeping Noble safe has always been the one thing she was determined to do, which ironically, is how she ended up on the wrong side of the tracks, living next door to an unlikely hero.

Orley's a woman on the run. She had no idea her frantic sprint was going to land her in the tattooed arms of a man ready to teach her how to fight for herself...and for love.

What listeners say about Downfall

I enjoyed the story and the characters, but the performance was lacking... I found both narrators very monotone and boring, not like the usual narrators on other books.

This book was kinda awesome I loved that it felt like a point book but not. I love that she was a single mother and how this big kinda scary dude who was so standoffish wormed his way into their lives and it was so much better for not only them but for him.

It had me sucked right in, I didn’t want to pause it for any reason.
Not your normal boy next door that is for sure but it was one of my favorites by Jay Crownover and I can’t wait to see what more she has in store for us.

I also really enjoyed the narration, both narrators do a fantastic job of bringing the book to life for us listeners. More by these two are in my future that is for dang sure.

So I have never heard a narrator speak so fast and with so little passion and emotion in my life. I actually stopped listening to it and read the book instead. The female narrator was good, but the guy ruined this.

Loved this so much. I think this is my new favorite of all the books jay crownover writes. Highly recommend

I love everything Jay Crownover

I love downfall the story grabbed me from the start. I always get sucked right into the world of the point

I honestly don’t know if the story was good because the narration was just soooo bad. Although i wasn’t a fan of alluding to prior book characters and not actually identifying them. It was kind of frustrating.

There is a BIG difference between narrating and reading! Erik sounded like a suit wearing, pencil pusher. A FAR CRY from the character he failed to bring to life. Madeleine wasn't much better. They were both so monotone. Very little emotion or effort. It's so distracting, I'm not sure I'll be able to even finish the book! I think the story is good, but OMG, its a struggle!

was a nice read

the base of the story was good. could have explored the characters a little bit more. all around it was a very nice story narration was good

This book was a sweet romance that I wasn’t expecting but happy to listen too. Solo was such a wonderful man.

Y’all. This book did what so rarely happens and checked every single one of my boxes. Awesome hero, heroine, and sweet little girl. This gives all the feel good vibes, even through the grit.