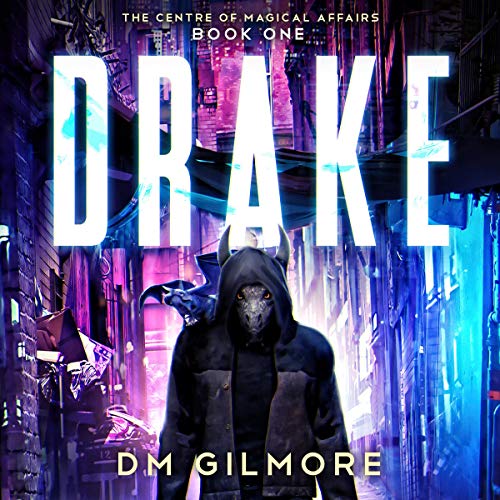 Written by: DM Gilmore
Narrated by: C.J. McAllister
Try for $0.00

With his finances in dire straits, Asher takes one last job to keep himself off the streets.

Asher's a brilliant programmer, but he’s terrible at negotiating. After getting undercut on one deal, he’s just desperate enough to go in for another.

Performing a heist for a criminal kingpin? Sounds easy enough. With his brother by his side, he’s sure he can do it. Get in, steal one orb, get out.

When things go south, Asher’s left with no product to trade and a baby dragon on his hands. But the deadline is fast approaching, and the client is not a patient man.

Asher has to make a choice: Does he run and hide, or does he give up the most powerful creature he’s ever seen to somebody who’s sure to misuse it?

What listeners say about Drake

Not what I was expecting but in a good way

This book was a very unique take on a urban fantasy book and it is brilliant.

The narrator also did a fantastic job.

Looking forward to the next book