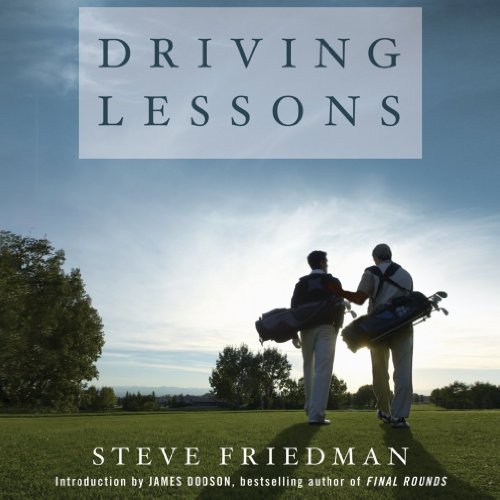 Written by: Steve Friedman
Narrated by: Jeremy Arthur
Try for $0.00

When Steve Friedman was a child growing up in the suburbs of St. Louis, the game of golf was, to him, mysterious and dark. His father’s passion for it caused friction in his marriage and eluded the interest of his youngest son, who was devoted instead to basketball. For that and many other reasons, the two failed to bond, ultimately leading to an awkward and unhappy relationship.

But Friedman never forgot the love his father had for golf, and after many years, when he was in his 40s, he reached out and asked his dad to teach him the game. He thought that perhaps he could learn something about his old man’s view of life and thereby find a way to communicate with him.

This small volume is the sweet yet unsentimental story of that experience - the tale of two men using the game of golf to find a way to connect with each other across decades of disagreement and misunderstanding. For anyone who is a golfer, a father, or a son, this book will be a treasure.

What listeners say about Driving Lessons