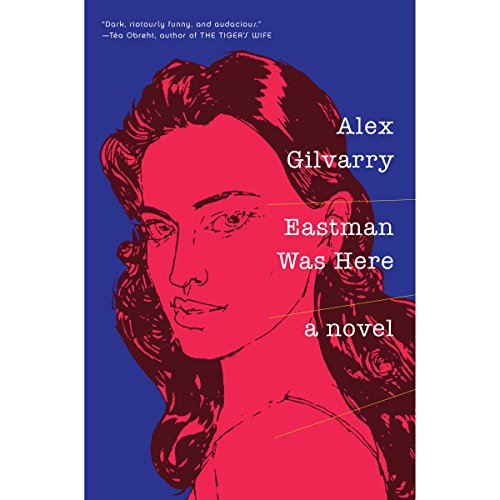 Written by: Alex Gilvarry
Narrated by: Bronson Pinchot
Try for $0.00

An ambitious new novel set in the literary world of 1970s New York, following a washed-up writer in an errant quest to pick up the pieces of his life.

The year is 1973, and Alan Eastman, a public intellectual, accidental cultural critic, washed-up war journalist, husband, and philanderer finds himself alone on the floor of his study in an existential crisis. His wife has taken their kids and left him to live with her mother in New Jersey, and his best work feels as though it is years behind him. In the depths of despair, he receives an unexpected and unwelcome phone call from his old rival dating back to his days on the Harvard literary journal, offering him the chance to go to Vietnam to write the definitive account of the end of America's longest war. Seeing his opportunity to regain his wife's love and admiration while reclaiming his former literary glory, he sets out for Vietnam. But instead of the return to form as a pioneering war correspondent that he had hoped for, he finds himself in Saigon, grappling with the same problems he thought he'd left back in New York.

Following his widely acclaimed debut, From the Memoirs of a Non-Enemy Combatant, Alex Gilvarry employs the same thoughtful yet dark sense of humor in Eastman Was Here to capture one irredeemable man's search for meaning in the face of advancing age, fading love, and a rapidly changing world.

"Absorbing...Gilvarry has given us a portrait of toxic masculinity - one that feels as if it both belongs to a certain time and is still familiar. His Eastman is a riveting, loathsome presence who demands to be loved and remembered." (The Boston Globe)

“A lampoonish send-up of the fragile male ego…. This may be one of the sadder books you read this summer, but it may also be the funniest." (The Paris Review)

“Inappropriate, egotistical, (very funny).... [A] satirical novel about the type of macho public intellectual, journalist, and cultural critic that one hopes is a relic of the past.” (Esquire, The Best Books of 2017)

What listeners say about Eastman Was Here

I never write reviews but felt compelled to do so after only half way through this book. This is my kind of book. A well written story with great character buildup. Story has great flow and leads you on and on into the next chapters as if you are just floating down stream with out effort or confusion. I must add that Bronson Pinchot made this book come alive. The story is one that Pinchot makes real and believable. Without any strenuous reading by Pinchot, he just lets the story flow in its natural way. One of Pinchot's best narrations in my opinion. Story is about a neurotic troubled man that is trying to overcome a big hurdle in his life. The story has a little mystery, romance, cheating, deception, travel, and history mixed in. You will not feel any sympathy for the subject of this story, but you may relate to him in a human way. I'm not even half way through this book, and I don't even care how the story ends.