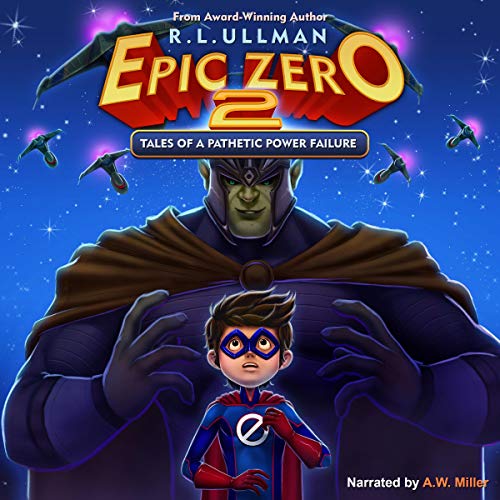 Written by: R.L. Ullman
Narrated by: A. W. Miller

Elliott Harkness finally has powers and is a full-fledged member of the Freedom Force, the greatest superhero team on Earth. Elliott should be over the moon, but he quickly realizes that having powers is one thing, controlling them is quite another! So, after yet another botched mission, Elliott finds himself grounded.

But Elliott's punishment is short-lived when he's kidnapped by a band of teenage, alien outlaws who believe he's the only one capable of destroying a planet-eating monster that's annihilating worlds. To stop it, Elliott must use the Orb of Oblivion, the most powerful weapon in the universe. Unfortunately, he blew it to pieces months ago! But that's just the start of his problems, as he's swept up in a galactic adventure complete with interstellar enemies and cosmic beings beyond his wildest imagination.

With the fate of the universe at stake, will Elliott become the epic hero he's always wanted to be - or will he always be just an Epic Zero?

Epic Zero 2 is the second book in the hilarious, action-packed series that will entertain kids, middle school students, and adults.

What listeners say about Epic Zero 2