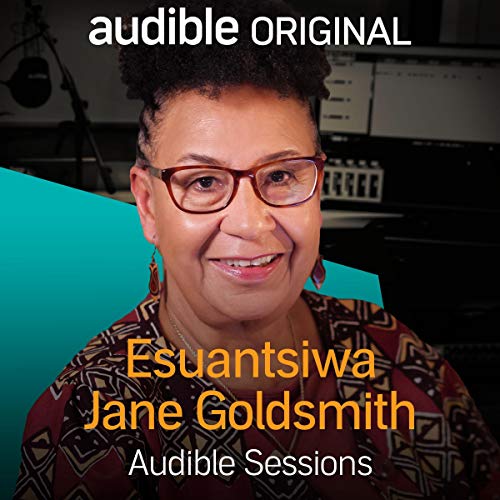 Joining us at Audible Studios is Esuantsiwa Jane Goldsmith, facilitator, strategist and author of The Space Between Black and White.

Goldsmith is mixed-race and was raised in London in the 1950s by a single white mother. Goldsmith was the first female - and only ever woman of colour - to be elected to the University of Leicester students' union. She founded Anona Development Consultancy in 1995, for which she works as an energiser, motivator and strategist in the not-for-profit sector. Goldsmith has worked with more than 100 different groups and organisations over five continents. She specialises in diversity, gender, race and international development, drawing on her extensive experience in the field of feminist activism and the women's movement.

Goldsmith has written her first book, The Space Between Black and White, and it takes a look at how her background has influenced her career and choices and how she discovered her space and how she fits. We chatted to her about this title, her thoughts on furthering gender equality, and how race plays a part in everyday life.