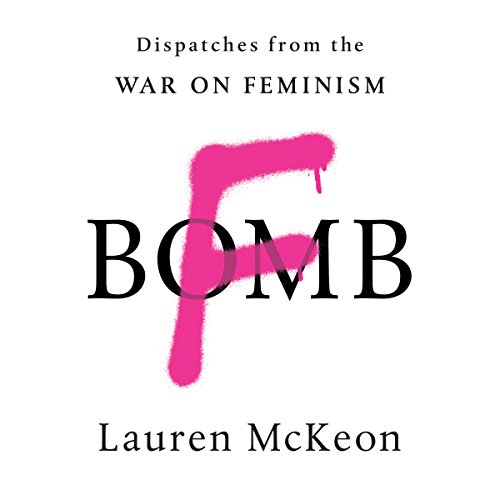 Why are women leading the fight against feminism and women's rights?

From pop icons to working mothers, women are abandoning feminism in unprecedented numbers. Even scarier, they are also leading the charge to send it to its grave. Across North America, women head anti-feminist PR campaigns; they support anti-feminist politicians; they're behind more than 70 lawsuits across North America to silence the victims of campus rape; they participated in Gamergate, the violent, vitriolic anti-women-in-technology movement; and they're on the frontlines of the fight to end reproductive rights. Everywhere we turn there's evidence an anti-feminist bomb has exploded, sometimes detonated by the unlikeliest suspects. Between women who say they don't need feminism and women who can't agree on what feminism should be, the challenges of fighting for gender equality have never been greater.

F-Bomb takes listeners on a witty, insightful, and deeply fascinating journey into today's anti-feminist universe. Through a series of dispatches from the frontlines of the new gender wars, investigative journalist Lauren McKeon explores generational attitudes, debates over inclusiveness, and differing views on the intersection of race, class, and gender. She asks the uncomfortable question: If women aren't connecting with feminism, what's wrong with it? And she confronts the uncomfortable truth: For gender equality to prevail, we first need to understand where feminism has gone wrong and where it can go from here.

In a world where "everyday sexism" dominated Olympic coverage and in which 53% of white women voted for Donald Trump, F-Bomb presents urgent and necessary discussion on women's lives today.

What listeners say about F-Bomb

Liberal Feminism is a Disease

There's no intellect here. It's aggressive, choosy-choice feminism that completely abandons the theories that are the foundation of feminism (i.e. LIBERATION FROM PATRIARCHY). DO NOT BOTHER.