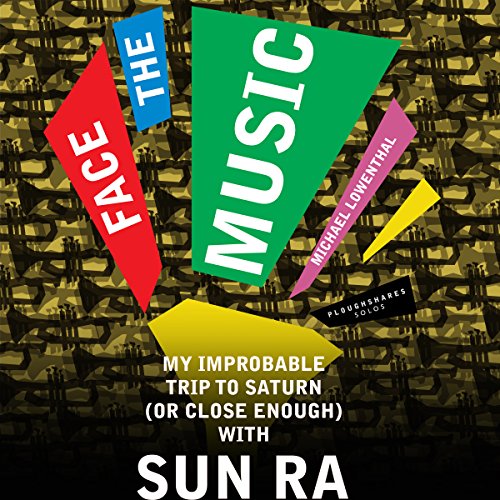 Written by: Michael Lowenthal
Narrated by: Jeremy Arthur
Try for $0.00

In 1990, the avant-garde jazz musician Sun Ra arrived at Dartmouth to collaborate with the school's jazz band, where Michael Lowenthal - an anxious, 20-year-old senior - played trumpet. As rehearsals got underway and two musical worlds collided, Lowenthal struggled with the improvisation that Sun Ra's sparse, yet spiritual, melodies demanded. In this essay, Lowenthal recounts his "otherworldly" experience with the famous jazz star who claimed to be from Saturn.

Michael Lowenthal is the author of four novels: The Same Embrace, Avoidance, Charity Girl, and The Paternity Test. His short stories have appeared in Tin House, the Southern Review, and the Kenyon Review, and his nonfiction in the New York Times Magazine, Boston Magazine, the Washington Post, Out, and many other publications. The recipient of fellowships from the Bread Loaf and Wesleyan writers' conferences, the MacDowell Colony, and the Massachusetts Cultural Council, Lowenthal has taught creative writing at Boston College and Hampshire College, and as the Picador Guest Professor for Literature at Leipzig University. Since 2003 he has been a core faculty member in the low-residency MFA program at Lesley University.

What listeners say about Face the Music

The mystery of Mister Ra

Having played and worked with Sun Ra (in his heyday and once later after his stroke) and the Arkestra (both with and without Ra), I totally get this book! It’s actually deeper than most would imagine however, this is a fine look from an outsider who got a minute look into the mystery of mister Ra and it’s a compelling story!! The ending is a bit sad but I’d like to actually chat with Mr. Lowenthal and give him a bit more clarity (just for his own sake.

This was an innocent, plausible, and beautiful mini-memoir of the the opportunity of college-aged Michael Lowenthal’s encounter with Sun Ra and an opportunity to perform with him on trumpet as part of the Dartmouth University Jazz Orchestra.

Mysteries of Youth and Jazz

For Sun Ra lovers and jazz lovers - this was a fun and fascinating true account of a college jazz group at Dartmouth and their week-long experience of practicing and playing with Sun Ra and his Arkestra. Very well written by Michael Lowenthal - lots of insights into the process of musical collaboration and of being able to let go and live within the music instead of always having to control and drive it in predetermined directions.

I had to go out and buy three of Sun Ra's CDs after listening to this. Three down, 150 or so to go.