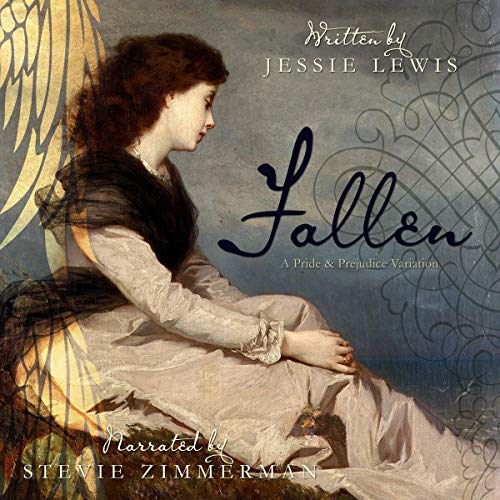 Written by: Jessie Lewis
Narrated by: Stevie Zimmerman
Try for $0.00

The air was all gone, and coldness overtook her, as though she had fallen into icy water and was sinking into the blackness. Her stomach churned, as it was wont to do these days. He would not marry her. She was ruined.

The arrival of two eligible gentlemen at Netherfield Park sends ripples of excitement through nearby Meryton. But Mr Bingley and Mr Darcy are not the only additions to the neighbourhood raising eyebrows. An unremarkable cottage in the woods between Netherfield and Meryton also has new tenants. One of them — a lively little girl with an adventurous spirit, a love of the outdoors, and a past shrouded in mystery — draws the notice of more than one local.

Elizabeth Bennet — young, intelligent, and unfashionably independent — forms a poor first impression of the haughty Mr Darcy. On closer acquaintance, and against her better judgment, her disgust begins to give way to more tender feelings. Yet standing in the way of any potential romance is the closely guarded history of a certain little girl in a cottage in the woods. Elizabeth might be ready to disclose her hidden affections, but she is about to learn that some things are better kept secret, and some hearts are safer left untouched.

What listeners say about Fallen

I enjoyed this P&P variation as the characters are faithful to the original ones created by Jane Austen. The plot twist was very interesting but not completely believable. I really liked how the author expands upon and shares Lizzy’s private thoughts, especially when they highlight her attraction to Mr. Darcy.

I enjoyed this audible book

Stevie Zimmerman narrates so well! She makes a person feel they're there. Our loved characters are specially portrayed. you will enjoy hearing the story.

Once again, trusting a book narrated by the very talented Stevie Zimmerman led me to a new author to look for when I need a future listen.

Fallen is full of surprises and interesting plot twists while still staying true to canon. It has become one of my favorites to put on my “worth listening to again” list.

Of course, Stevie Zimmerman brings the story to life with her sparkling talent.

Another very well written book by Jesse Lewis. A mystery of Anna kept me guessing, the plot was very good though a bit unbelievable. It created a Lt of angst and drama and made a good story. Darcy and Elizabeth had a difficult path to HEA, but they got there.

I thoroughly enjoyed this book. Well written and the narrator did a great job. I highly recommend this book to a Jane Austen fan fiction lover.

the story, the interactions, the narration were all wonderfully done. one of my favorites.

couldn't finish to the 4th chapter. I skipped to the end and still nothing of interest for me. Will be returning this one.

This story was predictable in the begiining but kept me guessing as the story progress , as each fact was revealed

slowly I was suprised at everything I thought I had correct was wrong. Stevie Zimmerman is my favorite Pride and Prejudice

narrator. She can bring dull story to life but she did not have to this for this tale. Sometimes it frustrated me because I wanted

the characters to stop believing other people and start believing each but I am impatient person. Overall I enjoy the audiobook

and will re listen to it again.

best of the Pride and Prejudice variations

excellent, intriguing clean, really kept me listening all night and Stevie Zimmerman is the best

this author weaves the most amazing stories. even without being a p&p Variation. stevie Zimmermann remains my favourite author. always does a great job
more like this please!