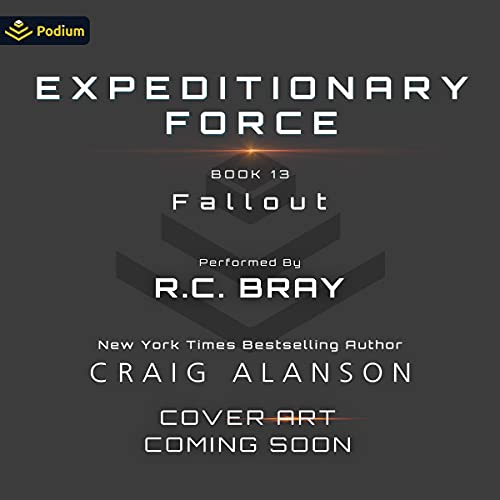 The Expeditionary Force saga continues with Fallout, the eagerly awaited sequel to number one Audible-ranked and New York Times best-selling Breakaway, from an epic sci-fi writer at the top of his game. Join the millions of listeners who have enjoyed R.C. Bray’s hilarious portrayal of Joe, Skippy, The Merry Band of Pirates, and so many other unforgettable characters.

The problem with lying about having a super weapon is that the bad guys might believe they have nothing to lose by doing something stupid that both sides will regret. Or, they might just call your bluff. Either way, the Merry Band of Pirates need a plan to deal with the Fallout.

What listeners say about Fallout