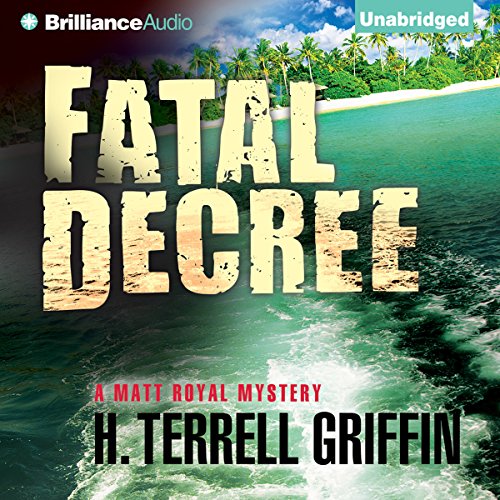 When a serial killer shows up on Longboat Key, Florida, after a twelve year absence, Matt Royal is stymied. The first woman killed on Longboat Key has ties to a secretive government agency for which Matt’s best friend Jock Algren works. Was this a coincidence or was she a targeted kill?

Matt’s friend, Longboat Key detective Jennifer Diane (J.D.) Duncan, investigates the murders but also seems to be a target of the killer. Why? And where has the killer been for twelve years? And why has he come to Longboat Key when his earlier kills were all in Miami?

The mystery deepens when Guatemalan gangbangers try to kill Matt and J.D., and suspicions grow that Mexican drug cartels are somehow involved. The director of Jock’s agency orders him to do whatever is necessary to find the killer.

Will Jock simply take out the murderer, or will he allow J.D. and the law to arrest, try, and convict the bad guys? Matt’s life is further complicated by J.D.’s growing dissatisfaction with island living and her thoughts of returning to Miami.

What listeners say about Fatal Decree

The Matt Royal series is superb!

This series is not in chronological order. Fatal Decree goes back to the first days of the relationship between ex-lawyer Matt Royal and police detective JD Duncan. This novel is an excellent thriller. I had never listened to this narrator before starting this series. He is the perfect selection for this series.