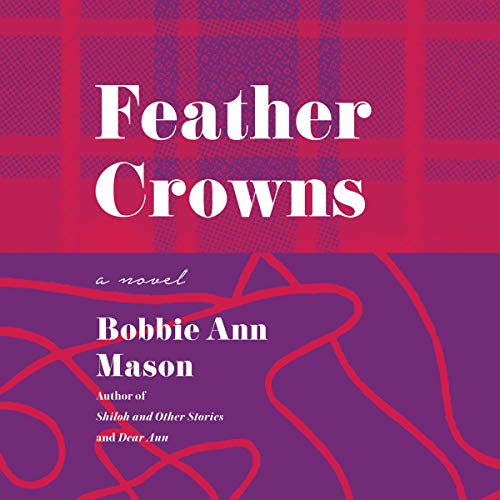 From prize-winning author Bobbie Ann Mason, a brilliantly wrought novel about the first woman to give birth to quintuplets in early 1900s America.

Set in the apocalyptic atmosphere of 1900 - a time when many Americans were looking for signs foretelling the end of the world - Feather Crowns is the story of a young woman who unintentionally creates a national sensation.

A farm wife living near the small town of Hopewell, Kentucky, Christianna Wheeler gives birth to the first recorded set of quintuplets in North America. Christie is suddenly thrown into a swirling storm of public attention. Hundreds of strangers descend on her home, all wanting to see and touch the "miracle babies."

The fate of the babies and the bizarre events that follow their births propel Christie and her husband far from home, on a journey that exposes them to the turbulent pageant of life at the beginning of the modern era.

Richly detailed and poignant, Feather Crowns focuses on one woman but opens out ultimately into the chronicle of a time and a people. Written in Bobbie Ann Mason's taut yet lyrical prose, the novel ranges from a peaceful farming community to a fire-and-brimstone revival camp, from traveling shows to the the nation's capital.

Moving through the center of it all is Christie, a charming, headstrong, loving woman who struggles heroically to come to terms with the extraordinary events of her long life. Feather Crowns is an American parable of profound resonance. Spellbindingly readable, it is a novel of classic stature that confirmed Bobbie Ann Mason as one of America's most important writers.

What listeners say about Feather Crowns

A study of an era

I am very interested in this time period and rural Kentucky, since this is where my roots are. I see the belief system described from the late 1800 onward in some of the attitudes my parents held and the novel helped me realize where they came from. The isolation and the daily struggles for survival created a world of hard work with little leisure.

This audio book is among those whose narration makes it an experience of listening, an experience of bringing the story to life, not simply being read to. Once I really got into the story, I switched to reading at times because I wanted to find out what happens faster. But whenever possible, I listened to it, because the narration made the story and it's characters come alive.

This story spans many decades-- from the time the main character gets married in the 1890's, until she is approaching death near 1970. Most of the focus is on the year she became pregnant for the 4th time, and delivered 5 healthy, full-term babies, and the few years following the birth.

The story is set in rural, western Kentucky at the turn of the 20th century. I love historical fiction, but only when it's well researched and authentic. I vouch for the authenticity of this book, it is amazing! I spent a lot of time fact checking the history of medicine shows, tent revivals, and the science of that time period, to name just a few searches. I looked up words that may not be in dictionaries much longer. Everything checked out and was beautifully woven into the story.

My in-laws are from Kentucky, and I spent 15 years in S. Indiana, so I also feel comfortable vouching for the authenticity of the way people in the story expressed themselves. There is no shortage of colorful and descriptive folk sayings in this book! But what I really felt drawn to was the social history that was a vital part of the tale. In some ways times have changed a lot, and this story has me grateful for those changes. It's also made clear by the end of the book that times change, but people don't--not really.

I loved Christieanne, the domestic heroine of the novel. I loved her marriage, and her relationship with her best friend/sister-in-law, and the way Christie knew herself so well in her old age. The story itself was true to life and human nature; there was no need to suspend my beliefs for any part of this book.

I happened upon this author and her work when reading the comments on an article about "angel crowns." A fan of Bobbie Ann Mason recommended the book. It is a very long read & listen, yet worth every minute and every word! There wasn't any part written that I found unnecessary. I am glad to see there are more books by the author. I will be reading them soon!