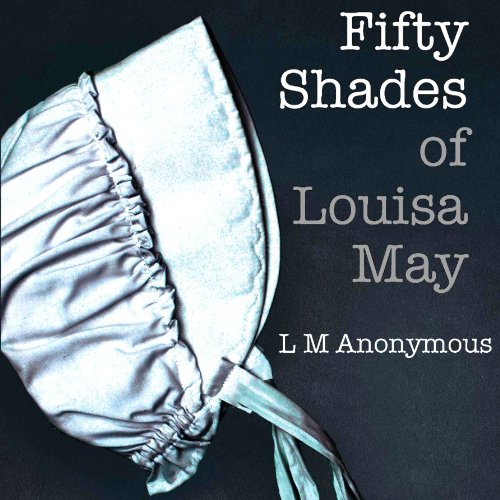 Fifty Shades of Louisa May

During the recent renovations of the Orchard House in Concord, Massachusetts - home of the famed Alcott family - workmen repairing rotting beams discovered a handwritten manuscript tightly rolled into a bottle and buried in the earthen floor of what was once the root cellar.

Conservators from Harvard University’s Peabody Museum date the manuscript from the late 1800s. Although the title page bears no signature, there can be little doubt of its authenticity or its author.The text, published for the first time, will no doubt offend scholars - while capturing the prurient imagination of many readers.

The author’s true purpose is lost to us, save for hints throughout suggesting that writing this memoire d’amour served as a cathartic exercise. Only the manuscript remains, and it is offered in unexpurgated form here. Louisa May Alcott, author of the classic Little Women, consort of Emerson, Thoreau and Hawthorne, beloved icon of professors of American 19th-century literature and perhaps less loved by their legions of students, had a lusty side that was less academic, and more...transcendental than any of us knew.

Brilliantly penned by a well-known writer who prefers the cloak of anonymity to the vulgar embrace of rude fame (of which s/he has no need), this hilarious little book reveals the unbridled passion-that-might-have-been of one of the world’s most popular authors.

A vividly written tome that just might tell us more about the sowing of transcendental wild oats than any ream of volumes on the subject, Fifty Shades of Louisa May is not for the weak of art, or for those who prefer their literary icons under glass. It imagines an unhinged Melville doing what comes naturally, a Centennial Ball unlike any heretofore described, Louisa May’s ardent encounters with her “Wooden Friend,” and much, much more.