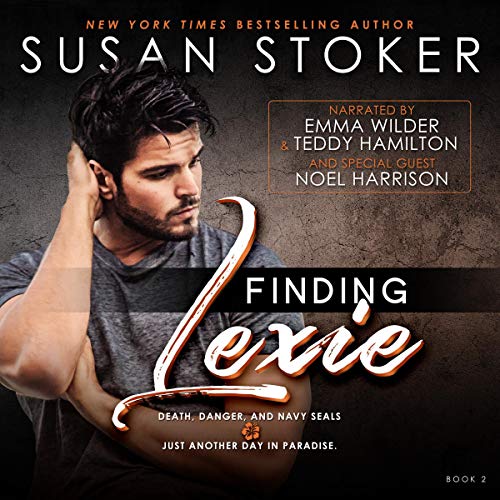 Lexie Greene hasn’t thought about Pierce Cagle in years. So when the popular boy she knew in high school shows up in the middle of the Somali desert, part of the SEAL team rescuing her and a coworker from kidnappers, she’s more than a little shocked. But her surprise turns to awe, then awe to respect...and attraction...when he saves her not once, but twice before they make it safely back to a US naval ship. Before she can blink, he’s gone from her life again, but not before an emotional goodbye and a promise to keep in touch.

Pierce “Midas” Cagle hasn’t thought about Lexie in years. Though he’s not surprised in the least to learn that the shy, kind girl he knew is now an international aid worker, serving the poor both at home and abroad. His attraction to the woman she’s become, however - that’s definitely unexpected. He hates leaving her behind after his mission, but Midas is more thrilled than he can say when she chooses the Hawaiian branch of Food for All for her next assignment. Their chemistry is just as strong as it was in Somalia, and neither Lexie nor Midas has ever been so happy. Nor could they possibly suspect someone is outraged that Lexie made it out of the desert alive.

Finding Lexie is the second book in the SEAL Team Hawaii series. Each book is a stand-alone, with no cliff-hanger endings.

What listeners say about Finding Lexie

I like there being a male and female narrator's it made the book that much better.
I have read just about everyone one of Susan's books and give them all 5 *

One of my favorite authors

Great story. I loved the characters and didn’t want to put it down. Ms. Stoker never disappoints.

I have a new

Book boy friend ! I love Midas well maybe it’s a combination of the words and the narrator reading them . As with all her books Susan Stoker grabs you on page 1 and keeps you on the edge of your seat or swooning at hot alpha seals and funny smart and beautiful women who grab their hearts.

As always Susan Stoker writes another hit
Love the narrators and how they brought the story to life. So good! Can’t wait for the next one!

What i loved most about this series is how Susan puts actual businesses/places into the story. And can the narrators pronounce the Hawaiian names perfectly. I lived in Kaneohe on the island of Oahu over 15 years and have been to all the places Susan has mentioned in this book and in the 1st book. Leonard's Bakery is ono! The swap meet and ABC stores are the best places to shop. It really makes the story come alive when i can say that I've actually visited places mentioned. Mahalo Susan! can't wait for more books in this series. NOTE TO SUSAN: Do you have a recipe for those pumpkin spice cookies? I lost mine. 😞

I loved Finding Lexie by Susan Stoker and the narrators did a wonderful job with their performances and brought the characters and story to life for me.

Performance is phenomenal. No issues there. Emma Wilder as usual slays! I’m always excited for Susan stoker book releases and read them immediately and finish them in a couple hours. This story however took me DAYS to read. I was literally so… bored. I felt the action scenes lacking the usually intensity, and the climax of the story just… fell short. This is the first time I’ve ever not liked one of her stories. I always reread her books but it pains me to say that this one, I just… won’t. I’m sorry Susan stoker!

I have read all but a handful of Susan's books. They just keep getting better. I couldn't wait for Lexie's release and was not disappointed. Great story.

I have most of the books written by Ms. Stoker as I love her style, attention to detail and overall storylines (plots). I think this is the only one so far that I really wanted my money back. I hated the personality of Lexi and most of all I hated her voice. This book was so hard to listen to. All I could think was, where is Stella Bloom. I feel like this storyline was so drawn out with filler, so much reflecting and soul searching...uggggg. Maybe its also the personality of the Hawaii team. I dont get that same hard yum yum vibe that the other teams give off.