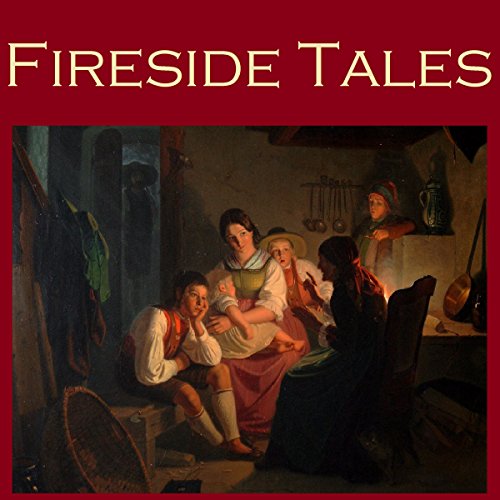 An enthralling collection of creepy and mysterious stories. From classic detective stories to spine-tingling horror and scary ghost stories, these tales will make your flesh crawl....

What listeners say about Fireside Tales

Great book with some great stories

I'm glad that I didn't listen to the review on how bad the narrator was. I thought she did a great job and am looking forward to other books read by her. Some of the stories we're not as good as others but over all a really great book.

The stories are quick and perfect when doing house or yard work. The reader's accenting was a little distracting but still enjoyable.

The narration is enough to drive one literally mad. I wish that I had paid attention to the other reviews that mentioned this. The cadence and the rhythm of her speech is so ludicrous and is impossible to ignore.

This is a very good collection of thriller tales for the fireside. These help me fall asleep at night and we're quite good and then I felt the narrator did an excellent.

What disappointed you about Fireside Tales?

The cadence of the reading was, after noticing, unbearable.

Couldn't tell, the focus was on the reader, not the story.

Would you be willing to try another one of Cathy Dobson’s performances?

If you could play editor, what scene or scenes would you have cut from Fireside Tales?

The narrator is so painful to listen to it actually gave me a headache. Stay away!

Would you try another book from the authors and/or Cathy Dobson?

Yes, I would try another book from the authors.

On the whole the stories were excellent.

the stories were read in a monotone. I am used to readers changing their voices as the read .

Could you see Fireside Tales being made into a movie or a TV series? Who should the stars be?

Haven't thought of that.