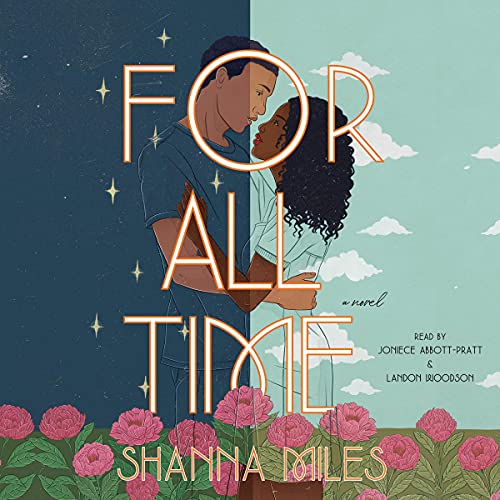 “A romance for the ages. Fresh voices and original predicaments make this one perfect little novel.” (Stacey Lee, award-winning author of The Downstairs Girl)

The Sun Is Also a Star meets Outlander in this vivid, utterly romantic debut novel about two teens who relive their tragic love story over and over until they uncover what they must do to change their fate.

Tamar is a musician, a warrior, a survivor. Fayard? He’s a pioneer, a hustler, a hopeless romantic.

Together, Tamar and Fayard have lived a thousand lives, seen the world build itself up from nothing only to tear itself down again in civil war. They’ve even watched humanity take to the stars. But in each life one thing remains the same: their love and their fight to be together. One love story after another. Their only concern is they never get to see how their story ends. Until now.

When they finally discover what it will take to break the cycle, will they be able to make the sacrifice?

What listeners say about For All Time

This was an interesting story....I think the basic moral of the story was true love will always find it's way back to you....The story showed how the couple always found their way to one another whenever and wherever they were in their lives. The story did a bit of time traveling from the 1300's all the way to 2032.....Some of the details in the story was a bit far fetched...but this was a decent story...The narration was outstanding.