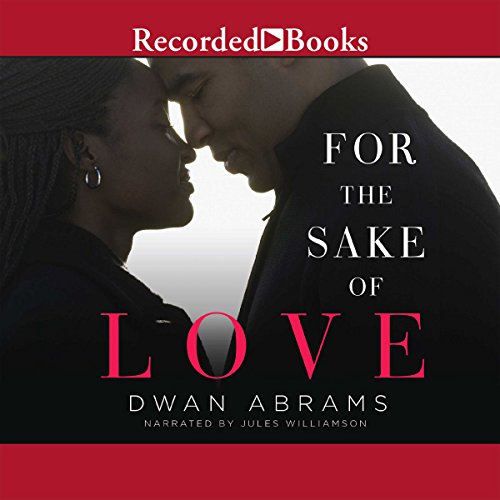 For the Sake of Love

Written by: Dwan Abrams
Narrated by: Jules Williamson
Try for $0.00

Spade Spencer's life seems to be coming together. He's engaged to be married to the love of his life, Bria Murray, and he's an up and coming rapper who recently signed a major record deal. When Spade gets diagnosed with cancer, rather than lean on his fiancee for strength, he calls off the wedding, leaving Bria feeling alone and rejected.

In an effort to move on with her life, Bria pours her energy into running her new company, The Spa Factory. Kerryngton Kruse, CEO of the record label that signed Spade, begins to pursue Bria romantically. Bria finally allows herself to develop feelings for Kerryngton, only to discover that Spade has different plans. Caught in the middle of a love triangle, Bria must make the difficult decision between love and money. Does she follow her heart and marry the one she can't live without, or does she marry for security, in hopes that love will eventually follow?

What listeners say about For the Sake of Love

Excellent Christain Fiction Romance. I came across it in the Romance Package, & received a treat. Secrets are abundant, emotions are all over the place, and of course what happens when we're making plans & all hell breaks out. Where does faith go when all this stuff is happening all around us? And where is God? Lots of twist & turns in this novel, love & applause. Hoping for more audiobooks by this author. And the narrator did an excellent job and his voice is on point 💘