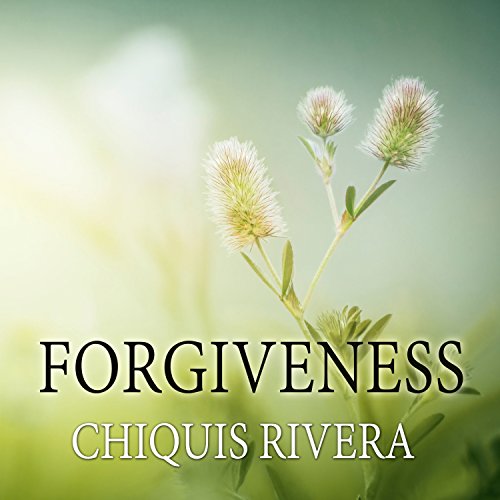 Written by: Chiquis Rivera
Narrated by: Arika Rapson
Try for $0.00

Chiquis Rivera is a singer and the daughter of the late music superstar Jenni Rivera. In Forgiveness, her memoir, Chiquis bravely reveals the abuse she suffered at the hands of her father during her childhood and the difficulties she's faced in her personal life as a result. Despite growing up marked by the wounds of abuse, she eventually conquered her fear of love and intimacy.

This book also recounts what caused the distance between her and her mother toward the end of Jenni's life. In Forgiveness, Chiquis brings to light truths that she wishes she had been able to reveal to Jenni.

Two years after her mother's death, Chiquis answers the most difficult questions: Was she able to make peace with Jenni? And in this story of triumph and tragedy, who is most in need of forgiveness?

What listeners say about Forgiveness

I loved the book, the bio,the story it was beautiful! However I didn't like the audio, I feel Chiquis should have read it or someone who is Hispanic it would have given it genuine emotion!

Terrible narrator. Would had appreciated a narrator who was bilingual to match the story line of the book. Chiquis is Mexican-American and is fluent in both languages so that's is why I was quite bothered hearing the narrator mispronouncing Spanish.

The book was good, Chiquis Rivera did a good job telling her story. I was definitely immersed in the story (for the most part). As a Mexican American, I felt a connection to her family life. And as a woman, I understood her struggles. However, I wish I would have read the book instead listening to the audio book. The performance was very cringe worthy. Chiquis writes in many Spanish words into her story. The narrator should have been a bilingual speaker with little to no English accent — especially since this was a auto biography of someone who’s first language was Spanish. However, the narrator had such a terrible Spanish accent during dialogues that it distracted from the story. I hope that next time, bilingual books like these are taken more seriously and given a proper narrator.

Chiquis gets very deep and you learn more about her and life with her mother. It's a good book, I definitely recommend it to everyone who is a Jenni Rivera fan or Chiquis fan.

The book was ok! It has potential, but the narrator did not help. She made the author sound like a hipocrite!

Thank You Chiquis For Sharing Such Personal Moments in your Life! Couldn't Stop Listening. Loved it So Much!

I loved the book and the story. The only reason why I didn't give it a 5 star was the narrator. Chiquis is Mexican American and the book had a lot of Spanish in it that the narrator lacked.

Good book overall narrating is not quiet it

The narrator gave a Russian accent rather than Mexican American accent. The book was good but if the accents were correct it would have gave the book more life.

This book is truly amazing it made me smile and cry! I have always been a true Fan of the Rivera’s I have followed Jenni from the start as well as Chiquis . All I can say is that Chiquis you are a true inspiration

I knew she didn't do it!

Loved it. I never was a Jenni fan but after 2atch her story on Netflix, I am. The oldest daughter did so much for her mom.