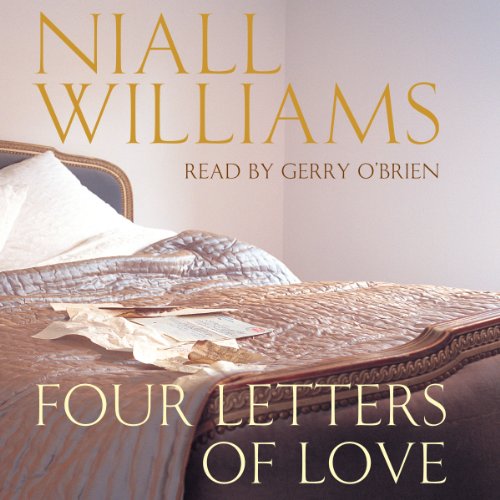 Written by: Niall Williams
Narrated by: Gerry O'Brien
Try for $0.00

'When I was 12 years old God spoke to my father for the first time. God didn't say much. He told my father to be a painter and left it at that.... '

So begins Niall Williams' magical tale about love and destiny. Nicholas Coughlan and Isabel Gore were made for each other - but fate doesn't always take the easiest or the most obvious route to true love. For a start, Nicholas and Isabel have never met and nor are they likely to, without some kind of divine intervention. But as God, ghosts, a series of coincidences and seemingly chance events and encounters conspire to bring the couple together, other - often more human - forces attempt to keep them apart. 'What will be, will be,' of course, but that doesn't guarantee a happy-ever-after ending, nor answer the question 'Will they or won't they?'

Written in a lyrical, lilting tone, Four Letters of Love is a glorious, uplifting story about faith, about seizing the moment, believing in your instincts and acting on impulse - and about following your heart, no matter where it may lead.

What listeners say about Four Letters of Love