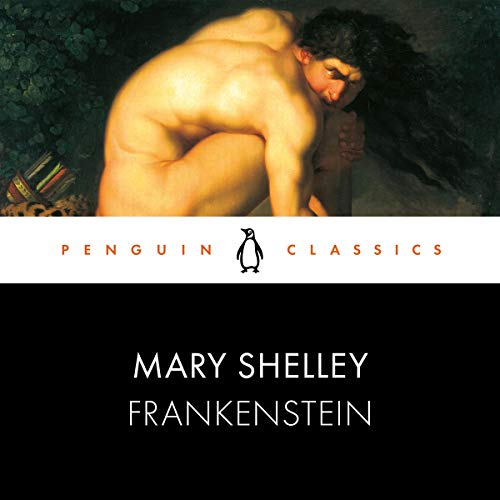 This Penguin Classic is performed by Colin Salmon known for his starring roles in Resident Evil and Alien Vs Predator. He is also known for his role as Charles Robinson alongside Pierce Brosnan's James Bond. This definitive recording includes an Introduction by Maurice Hindle, read by Peter Noble. A terrifying vision of scientific progress without moral limits, Mary Shelley's Frankenstein leads the reader on an unsettling journey from the sublime beauty of the Swiss alps to the desolate waste of the arctic circle.

Obsessed with the idea of creating life itself, Victor Frankenstein plunders graveyards for the material with which to fashion a new being, shocking his creation to life with electricity. But this botched creature, rejected by its creator and denied human companionship, sets out to destroy Frankenstein and all that he holds dear. Mary Shelley's chilling gothic tale was conceived when she was only eighteen, living with her lover Percy Shelley near Lord Byron's villa on Lake Geneva. It would become the world's most famous work of Gothic horror, and Frankenstein's monster an instantly-recognisable symbol of the limits of human creativity.

What listeners say about Frankenstein

Excellent reading of a classic

This rendition was a pleasure to listen to - the classic was brought to life skillfully.

I had no idea what to expect going into this, but I was pleasantly surprised. The narrator is incredible, and the book itself is definitely worth the purchase.

One of those books that will leave you stunned, with a thousand yard stare. Darker and more intense than 99% cocoa chocolate bar.

Also, the reader is great.

Frankenstein is a classic for a reason. The narrator's s was a bit too sharp coming out of my phone speaker. with the volume up loud in the car, that became pretty old pretty quick.

Not my favorite narrator

I found that the voice of the narrator too gruff for my liking and there was hardly any variation in the tone when changing from one character to another. The rendering of the “creature” was too slow making it boring in parts.
The book is incredibly descriptive and to think that the author was only 19 when she wrote it is quite extraordinary.
The introduction is very interesting and gives many insights to the authors life leading to the publication of her book.