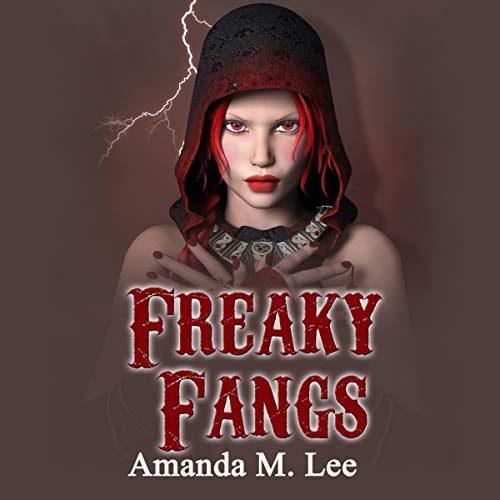 Mystic Caravan Circus is in flux.

Things are shifting in the organization, new faces are joining the fray, and manager Poet Parker isn’t certain how to deal with it. Unfortunately for her, she doesn’t have time to figure it out. Kentucky is on the horizon, and a roadside accident that claims a family has caught Poet’s attention. She’s haunted by what she sees...and dreams that show her nothing but snapping teeth and flowing blood.

They’ve been to the area before - Mammoth Caves is a big draw - but something appears to be amiss. It isn’t long until Poet realizes exactly what that something is...vampires. They’re nesting and taking over the entire town.

Vampires are nothing new when fighting monsters with a paranormal circus. These vampires, however, are different. They’re stronger...and faster...and deadlier. In fact, they’re something older and more ruthless, and Poet has no idea how to take on this new enemy.

When the vampires come for one of Mystic Caravan’s own, the time for debate is over. They live as a family. They’ll die as one, too, if need be. Poet has fought wars before but this one is going to get bloody. It’s going to take everyone working together to overcome this enemy. Even then nothing is guaranteed.

What listeners say about Freaky Fangs

Great story and characters who grow with each adventure. Once again Amanda has woven a great tale of monsters and monster hunters. I love Nellie. So glad he was able to display his skills in this one. The addition of Cole is great too. He will definitely bring out the drama in Luke.

it is what it is

this was a good series, but I think it would have been better if a certain issue hadn't been drug through the whole thing, but I won't get into that. it was good but I know that Luke and Cade needed to grow up at times. the narrator did an excellent job, brought all the characters to life.

I really liked this series from the beginning but NOW I freaking adore it. Fantastic, spooky addition.

I love the characters in this book Freaky Fangs

Amanda M Lee has done it again! Great story line and fun Characters .The narrator in the Ceres does a fantastic job.

I loved this book, I love this author. You will enjoy it.
It's a great read.