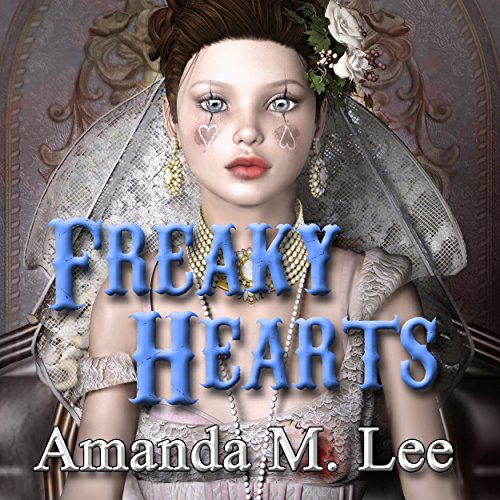 Poet Parker his having a rough time of it...and then some.

She owes her boss Max Anderson everything for saving her from a life on the streets, but Mystic Caravan's favorite psychic is struggling because that loyalty caused her to lose a shot at true love.

When the circus hits Brigham City, the nature lovers in the troupe are looking forward to visiting the Great Salt Lake while Poet can't shake the feeling that someone - or rather some dark thing - is watching her. Her discomfort doesn't ease back at the circus, where Kade Denton is busy pretending she doesn't exist while he grapples with the truth about his parentage.

When a local boy goes missing, the police show up at the circus and announce that everyone is a suspect. The suspicion only grows when the missing boy turns up alive in an adjacent field. Even after returning him to his parents, the police refuse to back down and Poet finds the walls closing in.

Between a shady cabin in the woods, local legends about saltwater monsters and angry ghosts that may be waging war on outsiders, and Kade's inability to stay away even though his anger still festers, Poet has her hands full.

As always, though, the show must go on. The circus runs like a well-oiled machine...until trouble comes calling. Poet finds it's difficult to straddle the line between magical demands and emotional reality and when the enemy becomes clear she finds she might be the ultimate target.

Can Mystic Caravan's band of merry mischief makers hold it together long enough to take down another foe? Only time will tell whether Poet's happy ending is within her reach...or if death with find her first.

What listeners say about Freaky Hearts

I loved the storyline and all the characters including Max. I hope there's more to come.

i know sometimes love makes you do the wacky, but im not sure iii would've forgiven Cade at all for being such a butthead. yeah, we allll get that his feels were hurt, but im not sure Poet deserved the punishment. ESP when he decided it was his Job to stay on her couch after she was attacked. i would've told him no way in hell was That happening
..ah well, maybe im just an old and jaded meanie. not mean enough however to not enjoy love winning out in the end😉
💗

This one is all about the hearts. plus one crazy mystery. When it come to loyalty everyone stands together.

Great book .I would highly recommend this book to any adult. Amanda M. Lee is a wonderful storyteller with ton of humor to keep your side in stitches.

I go to her books whenever I need a laugh, but this one isn't very lighthearted. it was good, just not really funny. I may have cried a little.