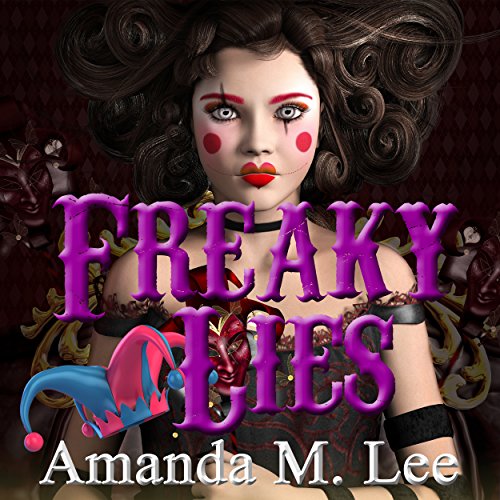 The Mystic Caravan Circus is a place of magic and mayhem. Unfortunately for Poet Parker these days, it's also packed full of lies.

It's been more than a week since she found out an unsightly secret: Her boss Max is her boyfriend's father. Despite giving Max an ultimatum, he's yet to tell Kade Denton the truth, and that's left Parker in a sticky situation.

When the circus goes to Nebraska, Poet can't dwell on her personal problems for long because a body is found in a nearby field and it's missing arms, legs and eyes. Everyone agrees there's something off about the death - other than the obvious that is. But no one can figure out what kind of force the folks of Mystic Caravan are facing off with next.

Between the emotional distress, her best friend Luke threatening to release embarrassing photographs, and a local police presence that is suspicious, Poet has her hands full. That's on top of a new clown that makes everyone suspect he's up to no good even as he leaves the female population salivating.

The clues come together slowly, and when the end comes, the enemy is someone no one saw coming. What happens when the face of evil looks like a victim? And, more importantly, what happens when all of the lies are eradicated and Poet is stripped bare and forced to tell the truth?

It's another fun-filled outing for the Mystic Caravan Circus - as long as everyone survives to see another day, that is.

What listeners say about Freaky Lies

I love the craziness!

This little circus is so full of crazy characters and love. They find something that they can't quite grasp.

Waiting for next books

Can't wait for next books. I have liked Amanda Lee's books starting with the Avery Shaw series.

hilariously campy fraught with tame suggestion. I like the snark ,sarcasm and friendly ribbing as well.