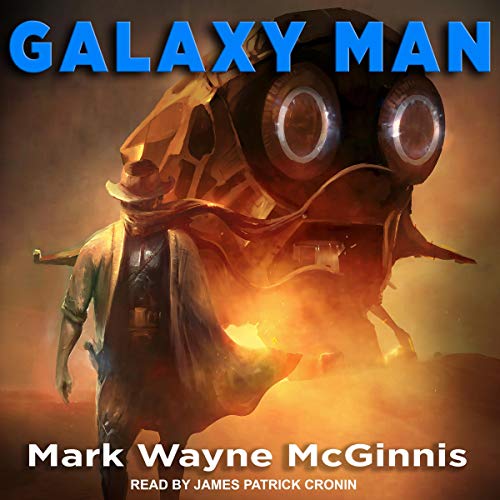 The year is 2117. In the farthest reaches of Earth's territorial space, a spree of depraved murders has local cattle ranchers fearing for their families. A fear, they will soon discover, that is more than justified.

Apparently, John Gallic's reputation proceeded his arrival to the fringe-world of Muleshoe. A reputation suggesting he be given a wide berth. As the new Territory Abettor, commonly referred to as a Frontier Marshal, Gallic would be there for the long haul.

Formally titled Detective Chief Inspector of the Spatial Colonial Police - District 22 - he'd investigated only the highest profile murders and was a rising star within the department. But that life was in the past. Gallic now provided an assortment of backwater law enforcement services to the burgeoning deep-space frontier territories. Sure, there was an occasional small-time crime to investigate, but more often than not Gallic spent his days - commissioned by the big Interstellar banks - repossessing billionaire ranchers' high-priced spacecraft. A glorified repo man. He was fine with that. It gave him spare time to do the one thing more important than anything else - find the murderer of his wife and child.

What listeners say about Galaxy Man

Loved this adventure, just felt a little rushed at the ending. Hoping there will be a sequel.

Headline says it all.

The story is cliché with poorly developed characters. Think James Bond but with a western look. The main character is unstoppable and all the woman want him. The bad guys are comedically "evil," stupid, and incompetent.

James Patrick Cronin does a great job reading the book at least.

Will be a good series

This is quickly becoming one of my favorite authors. I like his style and imagination. I'm looking forward to more titles from him. Thank you for another great one!