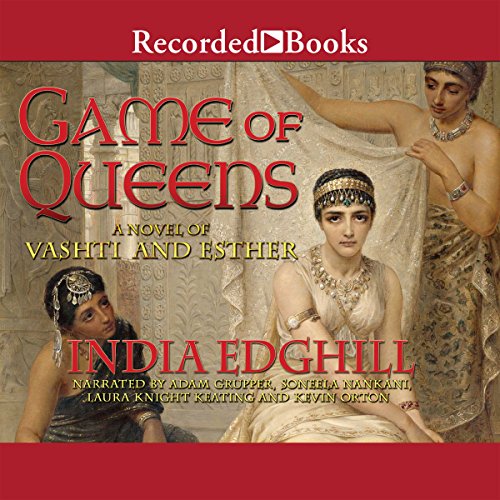 For fans of The Red Tent and The Dovekeepers, India Edghill breathes new life into the biblical story of Vashti and Esther with her signature historical richness, epic scope, and sweeping romance.

You may know part of the story already, but you know only what history has passed along. The story of how Vashti, queen of queens, the most beautiful woman in all the empire, defied the king, her husband, and so lost her crown. The story of how Ahasuerus, king of kings, commanded that the most beautiful maidens be sent to his court so he might choose a new queen. And you may know how he set the queen's crown upon the head of the virtuous and beautiful Esther, and how Queen Esther herself defied both king and law to save her people from a treacherous fate.

not what I expected...

I was looking for insight into the life and culture of Vashti and Queen Esther.

A glimpse into this time period with the author's take on some biblical characters was interesting.