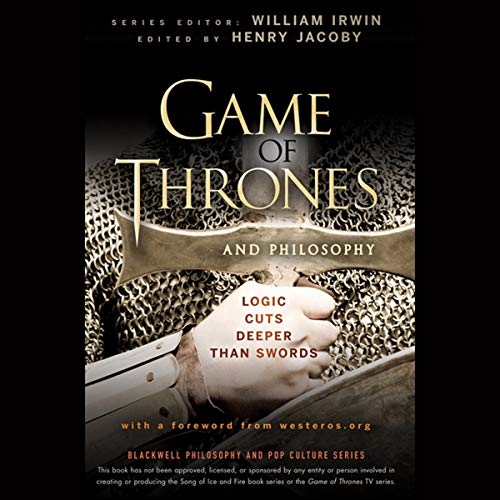 Game of Thrones and Philosophy

An in-depth look at the philosophical issues behind HBO's Game of Thrones television series and the books that inspired it....

George R. R. Martin's New York Times best-selling epic fantasy book series, A Song of Ice and Fire, and the HBO television show adapted from it, have earned critical acclaim and inspired fanatic devotion. This book delves into the many philosophical questions that arise in this complex, character-driven series, including: Is it right for a "good" king to usurp the throne of a "bad" one and murder his family? How far should you go to protect your family and its secrets? In a fantasy universe with medieval mores and ethics, can female characters reflect modern feminist ideals?

Essential listening for fans, Game of Thrones and Philosophy will enrich your experience of your favorite medieval fantasy series.

What listeners say about Game of Thrones and Philosophy