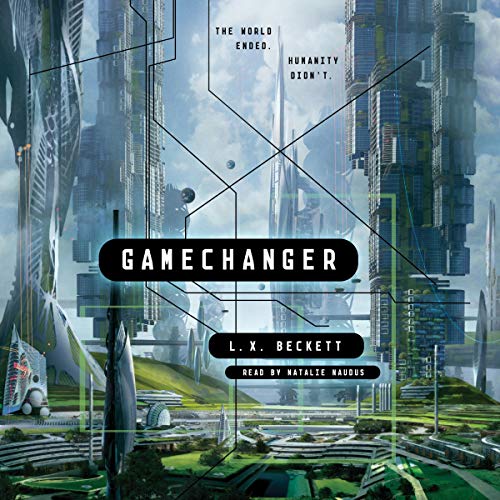 First there was the Setback.

Then came the Clawback.

Rubi Whiting is a member of the Bounceback Generation. The first to be raised free of the troubles of the late 21st century. Now she works as a public defender to help troubled individuals with anti-social behavior. That’s how she met Luciano Pox.

Luce is a firebrand and has made a name for himself as a naysayer. But there’s more to him than being a lightning rod for controversy. Rubi has to find out why the governments of the world want to bring Luce into custody, and why Luce is hell-bent on stopping the recovery of the planet.

What listeners say about Gamechanger

Narration takes a while to not hate

Vocal fry is annoying AF! Unfortunately it is the default setting of the narrator's voice, ending nearly every sentence....no, make that every. single. sentence...with a good ole descent into a grating vocal fry. Come to think of it, this irritant is often used as a means of emphasis mid-sentence too.

Took several hours of listening for it to fade into the background.

Hoping for Ready Player One meets post-apocalyptic nuclear family, with engaging storytelling. Instead it fell flat for 547 pages.