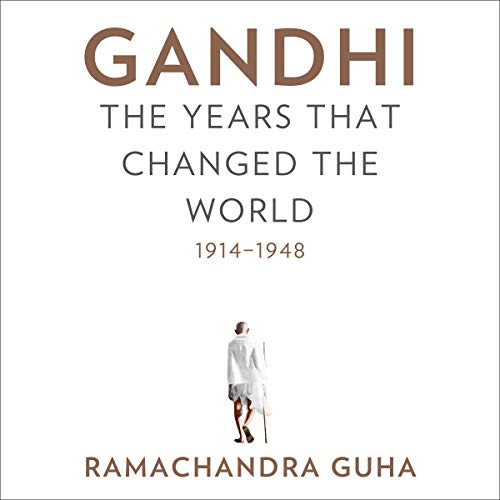 This volume opens with Mohandas Gandhi's arrival in Bombay in January 1915 and takes us through his epic struggles over the next three decades: to deliver India from British rule, to forge harmonious relations between India's Hindu and Muslim populations, to end the pernicious Hindu practice of untouchability, and to develop India's economic and moral self-reliance. We discover how in each of these campaigns, Gandhi adapted methods of nonviolence - strikes, marches, fasts - that successfully challenged British authority, religious orthodoxy, social customs, and would influence nonviolent, revolutionary movements throughout the world.

In reconstructing Gandhi's life and work, Ramachandra Guha has drawn on 60 different archival collections, the most significant among them, a previously unavailable collection of papers belonging to Gandhi himself. Using this wealth of material, Guha creates a portrait of Gandhi and of those closest to him - family, friends, political and social leaders - that illuminates the complexity inside his thinking, his motives, his actions, and their outcomes as he engaged with every important aspect of social and public life in the India of his time.

What listeners say about Gandhi

Terrible narration by a British narrator

The narration really ruins it. For a book that is full of Indian names, it would have made sense to have an Indian narrator. He is even unable to properly pronounce the word 'Gandhi'. The book itself is great, but every once in a while I got quite shocked by the lack of research on the part of the narrator and publisher on pronunciations for important words.

a lot for a simple country boy

this was a great and very detailed book with only minimal bias, however a lot of the words used were not English and make it hard to fallow at time, most if the time I figured it out via context but not as always.