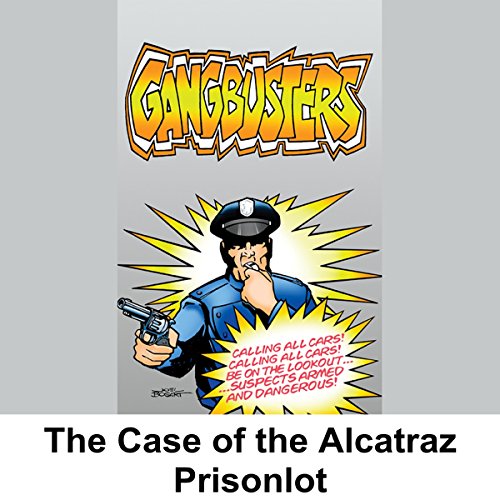 Gangbusters: The Case of the Alcatraz Prison Riot

"In cooperation with police and federal law enforcement departments throughout the United States..."

When Phillips H. Lord created his long running Gang Busters radio series in January of 1936, crime was rampant and criminals (both actual and fictional) were being glamorized in movies and newspapers. In response, Lord brought the public this police procedural series, dramatizing stories of real cops who kept real counterfeiters, safe crackers, and killers off the streets – and even broadcasting alerts for criminals known to be at large. In this episode, there's a raucous riot and inmate unrest at the legendary Alcatraz prison in San Francisco Bay. Listen in to the dramatized action unfold!

What listeners say about Gangbusters: The Case of the Alcatraz Prison Riot