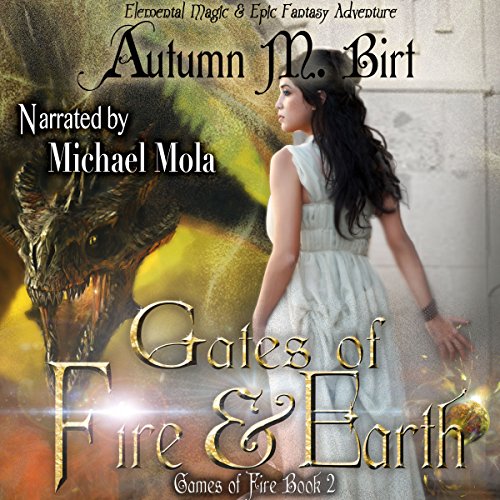 Success will destroy elemental magic. Failure condemns this world and the next.

Named Guardian of the Elemental Spheres, Lavinia seeks the lost gates to the spirit realm and their ancient guardians. But some of the guardians have left their duties, and those that have stayed may prove as dangerous as her enemy, whose wrath threatens the world. To end an ancient punishment inflicted on them by the Goddess for their role in a forgotten war, the Ashanti will conquer this world and that of spirit to gain power over death.

Lavinia must close the gates to stop the Ashanti, even though by doing so she risks ending all elemental powers. And the act has consequences greater than the ancient guardians imagine.

But one gate has a new guardian as well as the old, and the last time he saw Lavinia, he tried to kill her before she stole his power. And he’s been seeking revenge....

What listeners say about Gates of Fire & Earth