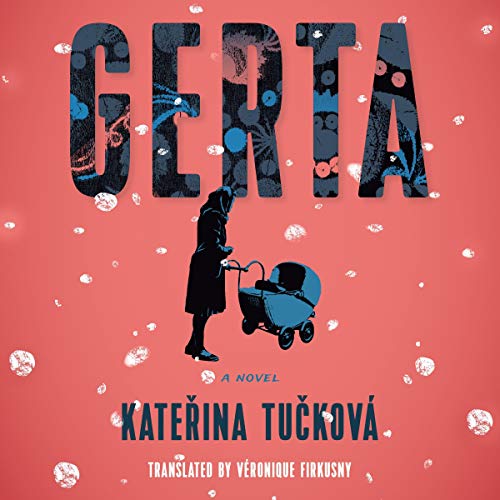 The award-winning novel by Czech author Kateřina Tučková - her first to be translated into English - about the fate of one woman and the pursuit of forgiveness in a divided postwar world.

1945. Allied forces liberate Nazi-occupied Brno, Moravia. For Gerta Schnirch, daughter of a Czech mother and a German father aligned with Hitler, it’s not deliverance; it’s a sentence. She has been branded an enemy of the state. Caught in the changing tides of a war that shattered her family - and her innocence - Gerta must obey the official order: she, along with all ethnic Germans, is to be expelled from Czechoslovakia. With nothing but the clothes on her back and an infant daughter, she’s herded among thousands, driven from the only home she’s ever known. But the injustice only makes Gerta stronger, more empowered, and more resolved to seek justice. Her journey is a relentless quest for a seemingly impossible forgiveness. And one day, she will return.

Spanning decades and generations, Kateřina Tučková’s breathtaking novel illuminates a long-neglected episode in Czech history. One of exclusion and prejudice, of collective shame versus personal guilt, all through the eyes of a charismatic woman whose courage will affect all the lives she’s touched. Especially that of the daughter she loved, fought for, shielded, and would come to inspire.

What listeners say about Gerta

Great will touch your heart!

So little has been written about the Czech Germans and their plight after WWll. This was a terrifying and amazing journey.

I hated this story. It was boring, confusing. and depressing. I never felt engaged. My husband and I had a difficult time following the story line.

Too too long and convoluted

One of the most drawn out, and at times confusing to follow books I have listened to in a very long time. I was interested in the time and place of the story and learned a bit about some of the trials that the Czechs experienced following WW2. However it was at times hard to follow the thread from one chapter to another and I found it frustrating and distracting from the story. Also the reader was pretty awful. On the whole not a total waste of time but just barely.