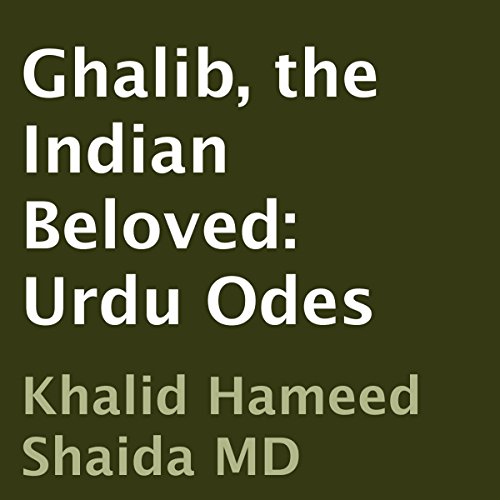 With an arcing and emphatic beauty, Ghalib, the Indian Beloved by Khalid Hameed Shaida is a starry-eyed collection of 124 translated odes by Ghalib. Capturing the essence and pure song of one of the most loved romantic poets of India, Shaida's translation and interpretations also illustrate the deeply philosophical undertones of Ghalib's voice.

Born into the gentry in the dying days of the Mughal Empire, Ghalib led a charmed life as a darling of the last Mughal king, himself a renowned poet. Primarily, Ghalib's body of work celebrates feminine beauty, often bemoaning the cruelness of unrequited affection. For his part, Shaida, who is best known for his previous collections entitled Khusro, the Indian Orpheus, Hafiz, Drunk with God, and Hafiz, the Voice of God, carries on the Eastern tradition that makes the most of the playful, yet thoughtful, exuberance of love, passion, and endearing wiles of the heart.

What listeners say about Ghalib, the Indian Beloved