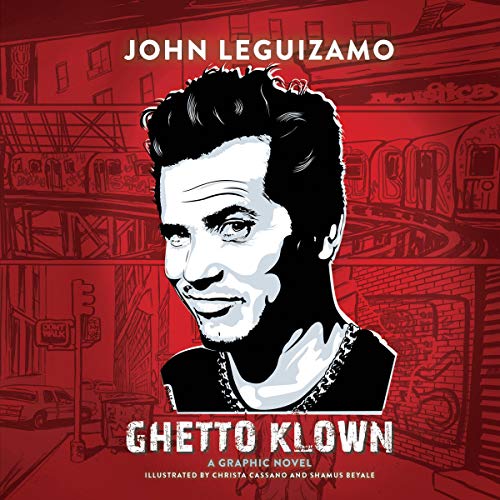 “Ghetto Klown is autobiographical dynamite - this is Leguizamo at his scathing, honest, moving, comedic best. Among the finest portraits of an artist as a young wounded talented man as I’ve read.” (Junot Díaz)

“My main Johnny Legs has done it again...DOPENESS.” (Spike Lee)

In Ghetto Klown, celebrated performer John Leguizamo lays bare his early years in blue-collar Queens, his salvation through acting and writing, and his colorful career trajectory. He brings us onto the sets of his films opposite stars such as Al Pacino and Patrick Swayze and with directors such as Baz Luhrmann and Brian De Palma, while also opening up about his offstage life in love and marriage. In this candid memoir, Leguizamo offers a strong message of moving beyond self-doubt - and beyond the doubters - to claim some happiness.

Originally staged on Broadway in 2011, Ghetto Klown won Leguizamo Drama Desk and Outer Critics Circle Awards before being adapted into an HBO special. Now Leguizamo shares his life story in this vibrant, funny, and moving adaptation.

Includes an interview with the author!

What listeners say about Ghetto Klown

John Leguizamo can do no wrong!

John Leguizamo doesn't just read this book, he performs it. Much like his one man shows, John is able to generate gripping performances all by himself that leave you captivated, whether it's a theater of a 1000 people or one person listening in their car. This semi autobiography of John's life perfectly captures his artistry and shows that homeboy really worked his ass off to make it in his industry. Overall, I can listen to this audio book over and over. John can do no wrong for me.

Amazing book especially for us parents, talk about past and future, laugh and learn, remember our Latino history

I Loved this Book John Leguizamo 🌟🌟🌟🌟🌟

I truly loved this Book, John Leguizamo is so funny, even when he’s sharing a serious matter, I really enjoyed listening to him again. I love him on stage, in movies and now in audiobooks. I, too have had my share of dealings with depression at one time or another, but having a good audiobook to listen to is a great way of getting out of your head, and sharing a great laugh. I know I’ll listen and Share this book on social media. Thanks John 💋💋💋🌟🌟🌟🌟🌟 Naomi

so well written, so we'll performed . very insightful and of course hysterical, John is comedy genius!!!